The Sharks' two most interesting selections this week are at openside flank and flyhalf. 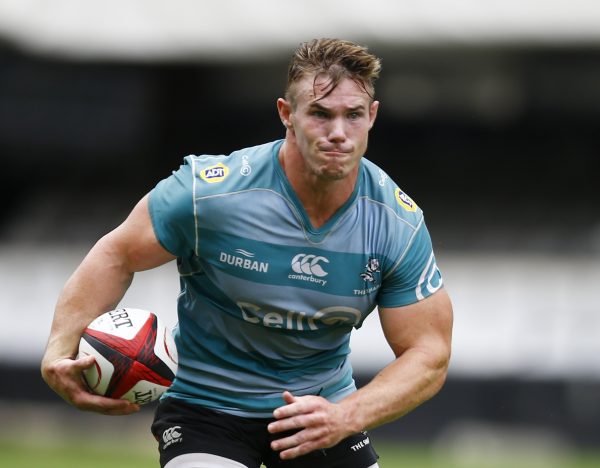 Flanker James Venter will be back in action for the Sharks this weekend. Picture: Steve Haag/Gallo Images

The Sharks team announced by Sean Everitt on Friday for their preparation fixture against Griquas in Durban on Sunday spans the gamut of experience from captain Jeremy Ward, in his fifth season at Kings Park, to his centre partner Murray Koster, who will don the black and white for the first time.

But the two most interesting selections are at openside flank and flyhalf.

Venter has been out of action for the duration of the post-lockdown season, but the 24-year-old was in superb form a year ago in Super Rugby.

ALSO READ: Everitt unveils team as Sharks prepare for a return to action

The No 6 flank was rightly praised for his ability to cover the field from side-to-side and his skill at the breakdown, and then he got injured, opening the door for Dylan Richardson, who performed the fetcher role so well he was one of the finds of the 2020/21 season.

But Venter is back now and has the chance to remind everyone of his qualities as he adds to the Sharks’ loose forward depth.

“Unfortunately he was injured at the start of Super Rugby Unlocked, then he got concussed and then he caught Covid,” Everitt said of Venter.

“So it was not a happy end-of-season for him, but he will bring leadership and experience and he is, of course, a fantastic rugby player.”

Libbok can do things on a rugby field that can make a spectator squawk with delight, but all his previous appearances for the Sharks have been at fullback. Manie Libbok will start at flyhalf for the Sharks against Griquas on Sunday. Picture: Steve Haag/Gallo Images

Now he gets to call the shots at flyhalf, his opportunity coming as Curwin Bosch, one of the heroes of the last season, gets a well-deserved break.

How Libbok handles the pressure of an abrasive Griquas defence in his face, as opposed to the space he gets at fullback, will be interesting to see.

“Flyhalf is Manie’s favourite position and he’s trained very well there. It’s just with Curwin in such good form he never got a chance,” Everitt said.

“But last year against the Hurricanes, Curwin missed the game because of a family bereavement and we struggled without him because we haven’t really been able to build a second flyhalf who can challenge him.”