Sports fans haven't been allowed into stadiums since the pandemic hit a year ago, so why will they be allowed in for the Lions tour? 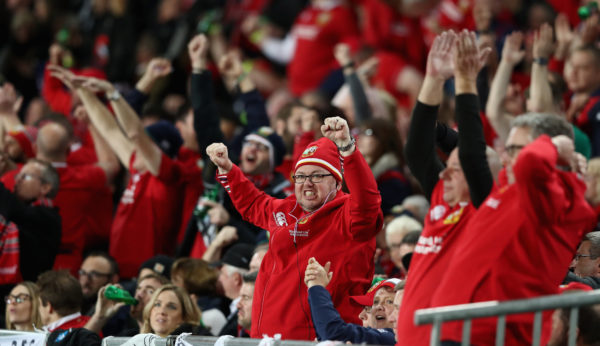 Lions supporters play a big role in the team's tour and right now it is not known whether they will be allowed to follow their team in South Africa in July should the tour go ahead. Picture: David Rogers/Getty Images

While SA Rugby and the British and Irish Lions Board have agreed that the combined team must still tour South Africa in July and August, three key questions remain.

This much is clear following the statement made by the two rugby bodies on Tuesday, who said they were “aligned on delivering the series in South Africa in the scheduled playing window.

However, much – if not everything – will be dependent on the South African government and SA Rugby being able to have proper and safe Covid-19 counter measures in place “to ensure a successful, safe, and uninterrupted tour.”

The questions that remain include: Will fans be allowed, Will the tour take place in the original time slot, and Will all the fixtures be played?

Will fans be allowed?

Ask anyone who’s been to a Lions game, or watched on television, what one of the biggest plus-points is of the tour and they’ll tell you it’s the fans that make it special. As things stand, no local fans or those from the UK and Ireland, will be allowed to follow the tour – a big blow to the economy and the whole atmosphere around the month-long event.

South African sports fans haven’t been allowed into stadiums since the pandemic hit a year ago and with a so-called third wave on the way, who knows if anyone will be permitted to watch the games inside the stadiums. This factor alone may decide the final outcome of whether the tour goes ahead or not.

Will the tour take place in its original time slot?

The tour is scheduled to take place between July 3 and August 7, with eight matches on the fixture list. With a third coronavirus wave on the way, what kind of impact will this have on the tour, or will the wave be over by then? Could a fourth wave at that time be a factor?

According to the president of the SA Rugby Union Mark Alexander the original schedule was subject to review because of considerations like the pandemic’s progression in the country and the fact fans may not be allowed to travel to South Africa.

The financial implications for SA Rugby to hold a tour as big as the Lions without fans makes it not worth it commercially. Pushing it to later in the year, or staging it in 2022, may be a consideration.

Will all the fixtures be played?

Right now the Lions are down to play eight matches, three of which are Tests against the world champions. The other games are against the Stormers, Sharks, Bulls as well as an SA Invitation team and the SA A side.

Scaling down the tour and shortening it, by cancelling the fixtures against the provincial teams, may be an option. It will mean less travelling inside South Africa for the tour party, while a further option may be to stage the three Tests inside a bio-secure bubble in Gauteng – with matches to be played at Ellis Park, the FNB Stadium and Loftus Versfeld.