Centre Dan Kriel was set to take over the captaincy from departed flyhalf Elton Jantjies. 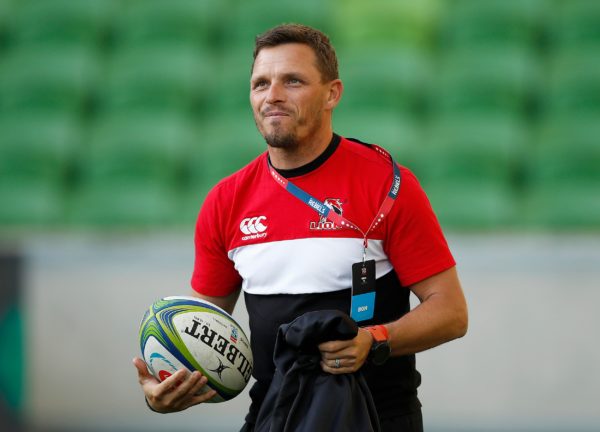 Admitting the Bulls were the top team in the last two domestic competitions, Lions coach Cash van Rooyen has downplayed his team’s loss of lock Willem Alberts and centre Burger Odendaal ahead of their Rainbow Cup opener at Loftus on Saturday.

Alberts, who was due to captain the side, and Odendaal had both been ruled out with injuries, along with experienced hooker Jaco Visagie.

In the absence of Alberts, centre Dan Kriel was set to take over the captaincy from departed flyhalf Elton Jantjies.

“We still have a few niggles and the game was maybe a week too early for guys like Willem, Burger and Jaco Visagie,” said Van Rooyen.

“It’s close to the team who finished the last competition (Preparation Series) with some exciting and new talent that we added.”

ALSO READ: Bulls turn to their pack as they brace for Lions

Fred Zeilinga had been tasked with filling the gap left by Jantjies, and though he played differently to Jantjies, Van Rooyen believed his experience was vital.

“Elton has been with us for many years and there will be a difference. Let’s call it a launch instinct that we lose on, but Fred has got great attacking and kicking ability,” said Van Rooyen.

“He understands how we want to play and we have confidence in him leading us in our systems.”

Van Rooyen made some exciting calls when he named his team yesterday, including former Baby Bok No 8 Francke Horn in the side, while lock Emmanual Tshituka, the younger brother of Vincent, was named on the bench.

“We are looking for consistency and if we don’t get it right we will get exposed,” Van Rooyen said.

“We need to apply pressure through attacking, defence and our kicking game.

“If we do get that right we will get the reward and that’s probably where the Bulls were the best in the previous two competitions, being consistent in all those areas.”

ALSO READ: Hope for Cheetahs with new tournament on the horizon

Without the imposing figure of Alberts, Ruben Schoeman had been tasked to fulfill the enforcer role and Van Rooyen believed they had to stand up to the Bulls pack if they wanted to get a positive result.

“The Bulls’ big strength is up front and they pride themselves on their set-piece,” said Van Rooyen.

“We feel that if we can stay with them, in that last 20 minutes we can pick up the tempo of the game.”