Scrumhalf Herschel Jantjies was also taken off due to a bad knock, but he might recover for the Bulls clash this weekend. Kade Wolhuter in action for the Stormers in their Rainbow Cup match against the Sharks. Picture: Gallo Images

The Stormers might have to make peace with the idea that young flyhalf Kade Wolhuter won’t play rugby again this year.

The 20-year-old Wolhuter was confirmed to have torn ligaments in his knee in Saturday’s 33-20 Rainbow Cup SA loss to the Sharks in Cape Town.

Stormers coach John Dobson said they would now have to choose between Tim Swiel and Abner van Reenen to fill the void when they host the Bulls this weekend.

“Kade has gone for a scan and it looks like it’s quite a consequential knee injury,” confirmed Dobson.

Scrumhalf Herschel Jantjies was also taken off due to a bad knock, but he might recover for the Bulls clash this weekend.

“Herschel has a contusion and he got it twice on the same spot, so after what happened to Pieter-Steph (du Toit) we were pretty sensitive about that,” added Dobson.

Du Toit, linked with a move to Japan after October, eventually stayed on the field for the full 80 minutes in his first game back, but it was never the plan, said Dobson.

“After our second red card to Willie Engelbrecht, we had to send Evan Roos on and asked Pieter-Steph to stay on, but I must say he responded well.”

The early red card to wing Seabelo Senatla and the later double yellow to Engelbrecht saw the Stormers lose their grip on the game, with a hat-trick of tries scored by Sharks lock Reniel Hugo.

“It was dreadful and I don’t think it has happened before, so to have it in one game was remarkable,” said Dobson.

“It cost us massively and when we went down to 13 players we had to slow it down. Up until then we were playing with nice rhythm and showed energy.

“We never quite recovered that energy and mindset until the last few minutes.”

The Stormers almost salvaged some pride in the dying seconds when centre Ruhan Nel lost the ball over the tryline, but Stormers captain Steven Kitshoff said they couldn’t blame Nel.

“It was extremely disappointing after we were up 17-0 and then got a red card and went into our shells,” said the skipper.

“As a team we looked at the positives, but we let them back in. But our fight and bravery at the end was great and we just want 80 minutes of that.” 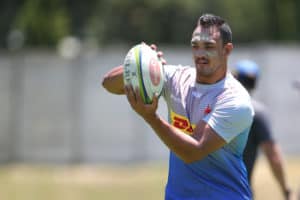 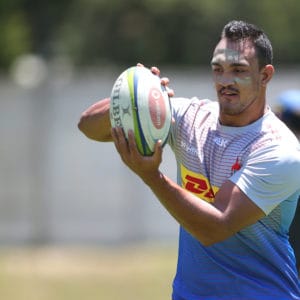 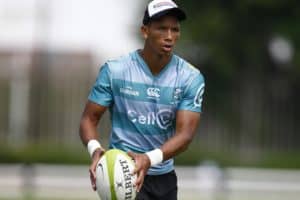 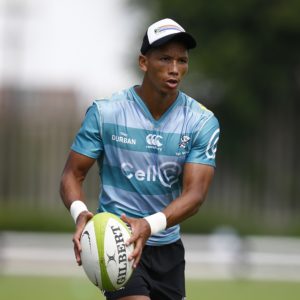 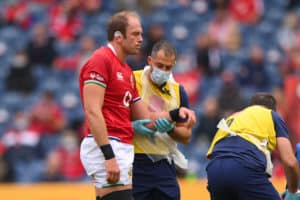 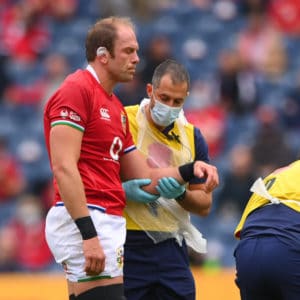 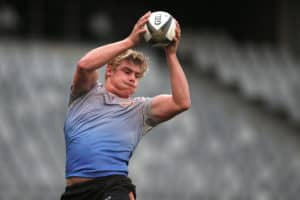