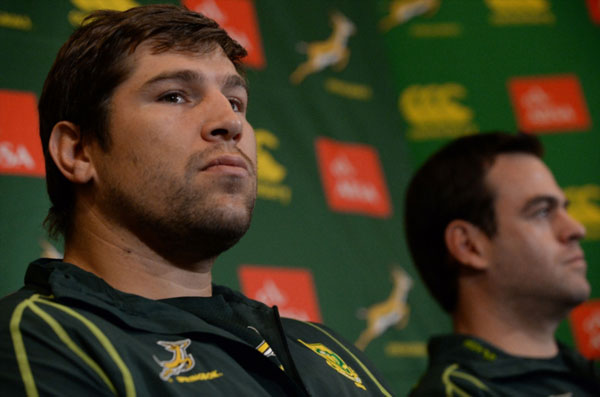 “The starting loose trio were exceptional, and I thought Eben Etzebeth and Victor Matfield adapted well, when we had three locks on the field, and I think Schalk was brilliant when he came on,” said Van Graan.

“I think it was the first time in my tenure that I’ve seen a guy on the field for less than 30 minutes and have 15 ball carries. He had a massive impact.”

The Bok forward mentor said the challenge against the All Blacks like this weekend would ask different questions from the Boks.

“We’ve just got to do what we do every week, whenever you play New Zealand its a contest. They kick-off very well and every scrum, every lineout. is a contest.

“We’ve just got to focus on our game, getting better at what we do, adapt to the referee, and we certainly we have a big Test coming up on Saturday,” he said.

The fact that the Boks haven’t beaten the old enemy since 2011 shouldn’t be mental handicap, Van Graan said.

“For me that’s not a big focus, every Test is a new beginning, and like I always say a rugby ball doesn’t have any memory, it’s a new game, new players, a new referee, and a new opportunity on Saturday.