Their match against the Stormers on Saturday will be the British and Irish Lions' final game before the first Test against the Springboks. 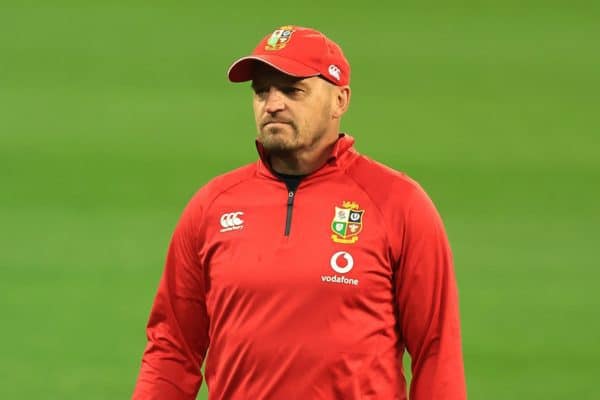 British and Irish Lions attack coach Gregor Townsend said on Friday that spending time in Covid-enforced isolation gave him time to do some intensive study of the opposition ahead of the Test series against South Africa.

“There was a silver lining,” said Townsend of having to spend a week in a Johannesburg hotel room. “I was able to watch a lot more of South Africa.”

Townsend was speaking ahead of Saturday’s match against the Stormers franchise at the Cape Town Stadium, the final game for the tourists before the first Test at the same venue on July 24.

“Not being with the team I was able to look at games as far back as 2018 when the current coaches took over,” he said. “I’m more aware of what to expect in defence from them.”

He admitted, though, that he had not learned a great deal that was new.

“It was mainly confirming some thoughts, although not all that you study can be put in a game plan.”

Townsend said the highly physical match in Cape Town on Wednesday when a Springbok-packed South Africa A team beat the Lions 17-13 had added to the knowledge of the coaching team.

More important, though, was the opportunity for the players to experience the intensity they could expect in the three Test matches.

“The players have felt what it is like to come up against the Springboks, which usually is a one-off experience when they tour Europe or play them in a World Cup.”

Townsend said the match against the Stormers was “a huge game for selection. It’s the last chance for someone to put their hand up.”