"World Rugby is concerned that individuals from both teams have commented on the selection and/or performance of match officials." 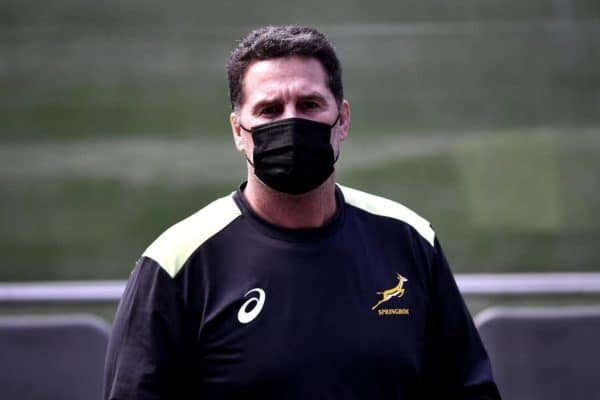 World Rugby said on Monday South Africa’s director of rugby Rassie Erasmus will face a misconduct hearing for his comments about referee Nic Berry after the first Test loss to the British and Irish Lions.

Erasmus, who changed jobs from head coach after guiding the Springboks to the 2019 World Cup, released an hour-long video last Thursday pointing out alleged errors made by Australian Berry.

Lions head coach Warren Gatland was also reportedly frustrated by the appointment of South African Marius Jonker as the Test match official for the three-game series which ends this Saturday.

“Match officials are the backbone of the sport, and without them there is no game,” the sport’s governing body said.

World Rugby condemns any public criticism of their selection, performance or integrity which undermines their role.

“Having conducted a full review of all the available information, World Rugby is concerned that individuals from both teams have commented on the selection and/or performance of match officials,” it added.

In the video, Erasmus highlights 36 clips which he claims show mistakes by Berry and other officials in the match the tourists won 22-17.

“There is no place for abuse of match officials in Australian Rugby,” the body said.