Griquas hooker off the hook

Griquas hooker Ryno Barnes on Friday was cleared of wrongdoing after receiving a red card in their Absa Currie Cup clash against the Blue Bulls last weekend for allegedly verbally abusing the referee. 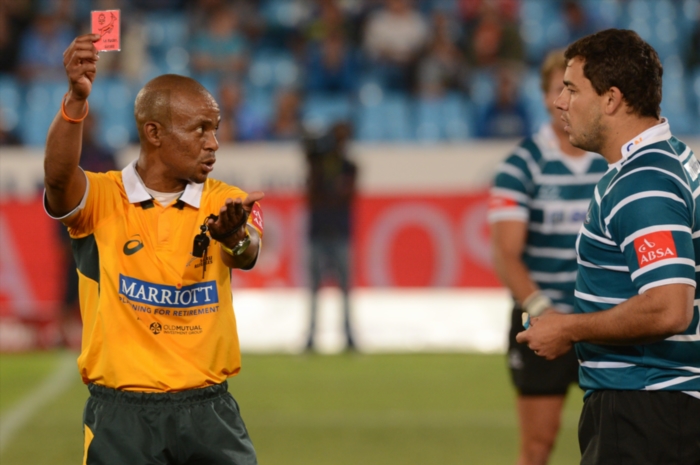 Barnes appeared before a Saru disciplinary committee in Kimberley on Thursday after being cited for breaching Law 10.4 (m) and (s).

Law 10.4 (m) states that a player must not do anything that is against the spirit of good sportsmanship in the playing enclosure, while Law 10.4 (s) states that all players must respect the authority of the referee and must not dispute the referee’s decisions.

The judicial officer, Advocate Pieter Fischer, reserved his judgement following the hearing, but cleared the player of wrongdoing in his written verdict on Friday. As a result the red card was expunged from Barnes’ record.