The match will be a repeat of the last final between the teams, which was won by the Bulls. 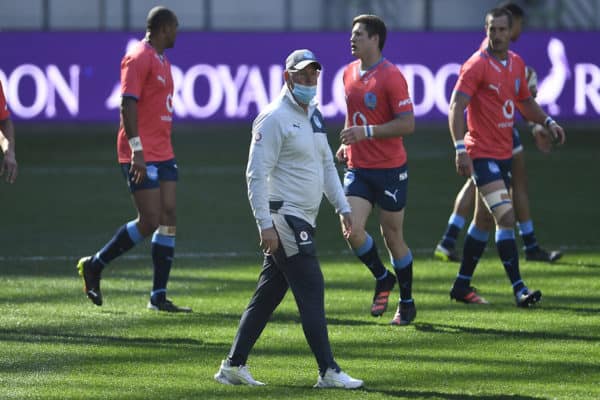 Jake White and his Bulls team will be looking to go back-to-back in the Currie Cup final this weekend. Picture: Ashley Vlotman/Gallo Images

The 2021 Currie Cup final will be a repeat of last season’s match-up between the Bulls and the Sharks at Loftus Versfeld, and Sharks coach Sean Everitt, while acknowledging the brilliance of the defending champions in their semi-final win over Western Province, and the errors of his own team in struggling past Griquas, says the visitors can still win the title.

The Bulls hammered Western Province 48-31 after racing to a 24-5 lead in the first quarter, while the Sharks hung on grimly at the death to beat Griquas 28-24 in Durban.

“We beat the Bulls the last time we played them and we know they have a massive pack and they were sublime in the first 20 minutes of their semi-final,” said Everitt.

“We know what’s coming and the big emphasis is going to be on stopping the momentum of their big ball-carriers. But our defence has improved, I’m happy where we are and in finals, defence wins the game.

“Under pressure we did make mistakes from a skills perspective against Griquas and we should have put them to bed earlier. It’s about making the right decisions at the breakdown, our reaction time was a bit slow and against the Bulls that will be suicide.

“But I’m not worried, we didn’t do a helluva lot wrong, we just need to neaten up our game and be squeaky clean in terms of our discipline.”

Bulls coach Jake White praised flyhalf Johan Goosen, who was as elusive as a cat on the prowl on attack with the way he exploited space and spotted the gaps. The well-travelled coach said his performance reminded him of the great Australian flyhalf Stephen Larkham.

“When I was coaching the Brumbies, my assistant coach Stephen Larkham used to run the B side attack in training against us and I saw the value of having a flyhalf who did not just see the space but could put the ball there so close to the defensive line. Johan Goosen is no different and we saw tonight what he’s like when he’s on song,” said White.

“Obviously the forwards got us front-foot ball, but before that he took control of the game, he was phenomenal and we basically won the match in the first 20 minutes.

“I’m very happy with the way we played, some of the plays we used were outstanding and the players also chose the right plays at the right time, in the right place. We don’t want to be one-trick ponies.”

The return of Ruan Combrinck: 'It's a privilege to play again'
6 days ago
6 days ago

The return of Ruan Combrinck: 'It's a privilege to play again'
6 days ago
6 days ago