White sticks with tried and tested for Currie Cup final

As expected, Chris Smith has replaced Johan Goosen at flyhalf. 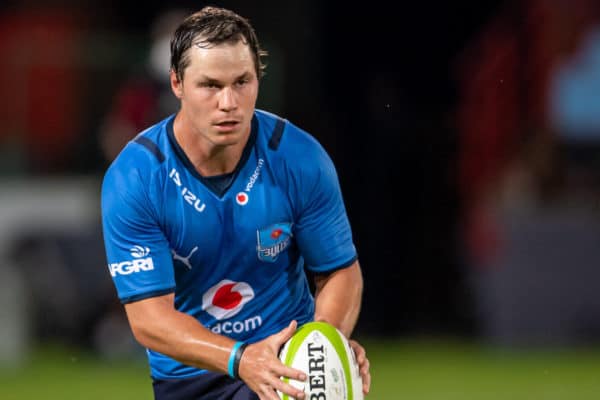 Chris Smith has replaced Johan Goosen at flyhalf for the Bulls for the Currie Cup final. Picture: Anton Geyser/Gallo Images

Chris Smith coming in for the Covid-hit Johan Goosen at flyhalf is the most significant change to the Bulls team that will face the Sharks in the Currie Cup final at Loftus Versfeld on Saturday.

Smith will wear the No 10 jersey in the team’s biggest match of the last few months as the Bulls look to go back-to-back in the Currie Cup after winning the delayed 2020 edition in Januray.

In the only other change to the starting team that beat Western Province a week ago, Joe van Zyl starts at hooker.

“The players have proven to be consistent over the past few weeks in their performances, so it is only natural that we continue with that consistency into this all-important Currie Cup final,” said Bulls director of rugby Jake White.

“We expect a tough battle against the Sharks – a match that will be on par with Test match rugby.

“The Sharks have been a formidable side throughout their campaign. They are well-coached, have talented players and are a driven group. So, we expect them to throw everything at us this weekend.

“We know what’s heading our way, and there is no doubt that rugby fans are in for a treat.”

The match will kick-off at 5pm, and it will be televised on SuperSport.