Lock Eben Etzebeth stayed behind in South Africa and will join the Springbok squad on Tuesday following a family bereavement, while there will be more clarity on scrumhalf Ruan Pienaar’s fitness situation on Monday. 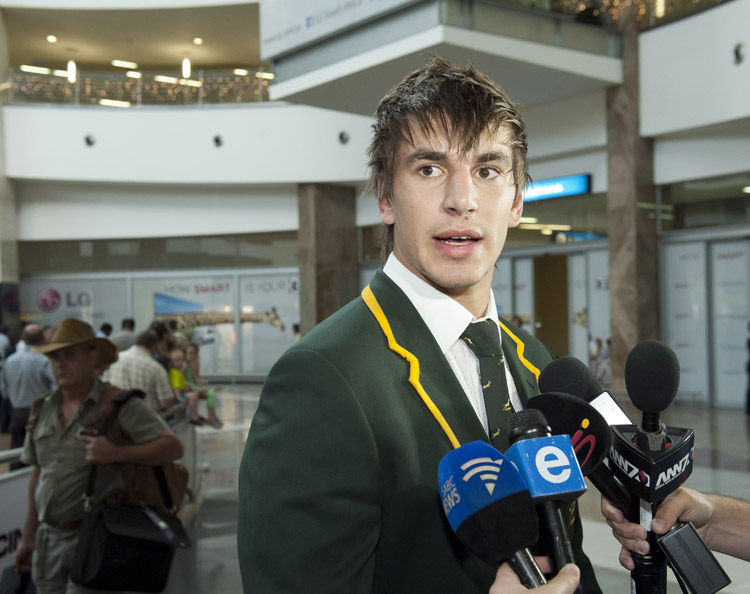 A bright sunshiny but chilly day greeted the Springboks when they arrived in Dublin on Sunday, where they kick off the Castle Lager Outgoing Tour against Ireland this weekend.

The South Africans left Johannesburg on Saturday night and travelled via London Heathrow to the Irish capital for their first visit to this part of the world in two years. 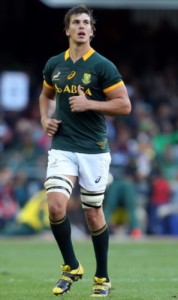 “I know Eben will slot back in seamlessly as he’s been with us for the last two weeks’ preparation in South Africa – our thoughts and prayers are with him and his family,” said Springbok coach Heyneke Meyer.

“It’s great to be among fellow rugby lovers here in Ireland, which is a wonderful country and we can’t wait to get going tomorrow.

“This is a big week for us. We kick off the tour against the Six Nations champions and we’re only focused on Saturday’s game now. Although three tough games follow, we’re not looking further ahead.

“Facing Ireland at the AVIVA Stadium will be a massive challenge and we simply have to be 100% switched on for the match. A lot has been said and written about the conditions we’re probably going to face but we simply have to adapt if we’re going to take our game to the next level.”

The Springboks kick off their preparations in Dublin on Monday and the team for Saturday’s Test will be named on Wednesday.