The South African Rugby Union (Saru) on Monday paid tribute to former Springbok and Western Province centre Tinus Linee, who passed away at the age of 45. 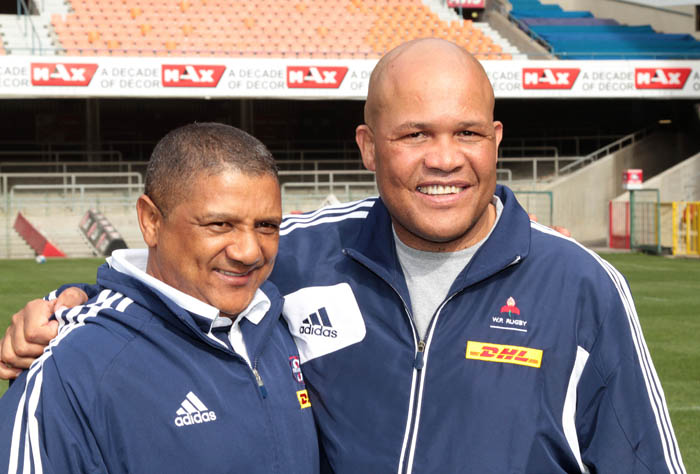 Linee passed away at his home on Monday morning following a 19-month battle with Motor Neuron Disease.

Following a successful playing career, he started coaching in 2008 where he fulfilled the role of assistant coach to the Western Province Vodacom Cup team. Four years later he joined former Springbok wing Chester Williams as an assistant coach in Romania, where they guided the team to victory in the SuperLiga CEC Bank competition.

“This is very sad news indeed,” said Saru President Oregan Hoskins. “I would like to pass on my condolences to Tinus’ family and friends for his loss. Tinus was a fantastic rugby player and role model to many.

“He was a standard bearer for his community following rugby unity and carried that flag high, winning Springbok selection and touring twice with the national team. He was a fearless player renowned for his devastating defence and earned respect both in the rugby fraternity and in his community.

“His fighting spirit on the field and more recently off the field after being diagnosed with Motor Neuron Disease were the measure of the man. He left a legacy that I hope many players will aspire to. Our thoughts and prayers are with his family during this difficult time.”

Springbok coach Heyneke Meyer, who arrived in Ireland with the national team on Sunday for their year-end tour to Ireland, England, Italy and Wales, also extended condolences on behalf of the team as they began their preparations for Saturday’s Test.

“We heard the news from South Africa this morning about Tinus’s sad passing and our thoughts were immediately with his family and community in the Western Cape,” said Meyer.

“We have lost a Springbok brother and it made for a sombre mood in the team room today. To have one so strong and brave struck down by this disease is very cruel indeed. We’ll be thinking of Tinus and his family when we take the field against Ireland on Saturday. He is in our thoughts and prayers.”

He is survived by wife Diana and three children, Jean, Dieuwke-Jean and Breyton.