Springboks fit and ready for Irish

The Springbok squad are in great condition ahead of their opening Test of their northern hemisphere tour against Ireland in Dublin this weekend, said team doctor Craig Roberts from the Irish capital today. 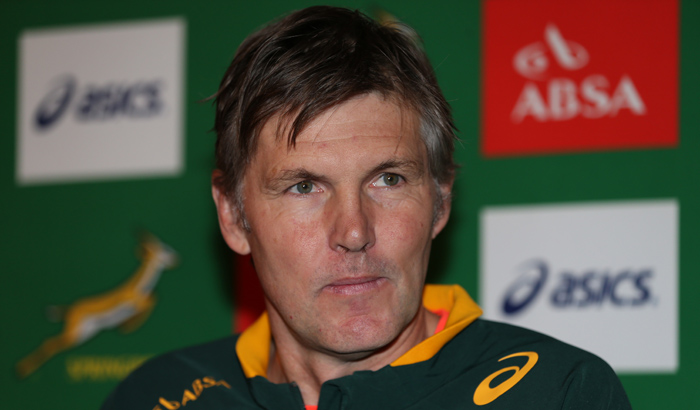 Although there is still doubt over the knee injury of scrumhalf Ruan Pienaar, the rest of the squad is in prime condition.

Springboks captain Jean de Villiers said prior to their departure, it was probably the best they had been prepared for this time of the year.

“It’s been great having the guys out of the Currie Cup, and they have been working hard leading up to their departure, and the week in Stellenbosch we were able to do a lot of fitness. We are at the end of a very long season and that’s when your fitness levels often drop, so we were able to top up a bit, and also work hard in Joburg last week,” said Roberts.

“I’m actually quite happy where the guys are at this stage.

“There’s no secret behind the few injuries, we have to pick a fit squad and everyone over here is fit, but we also left a lot of players back home. But we are sitting around a 20% injury rate. And I think that’s the norm for rugby squads.”