There was a feeling of predictability in selection as Springbok coach Heyneke Meyer named an unchanged starting line-up today to face Ireland in their opening Test of their European tour in Dublin on Saturday. 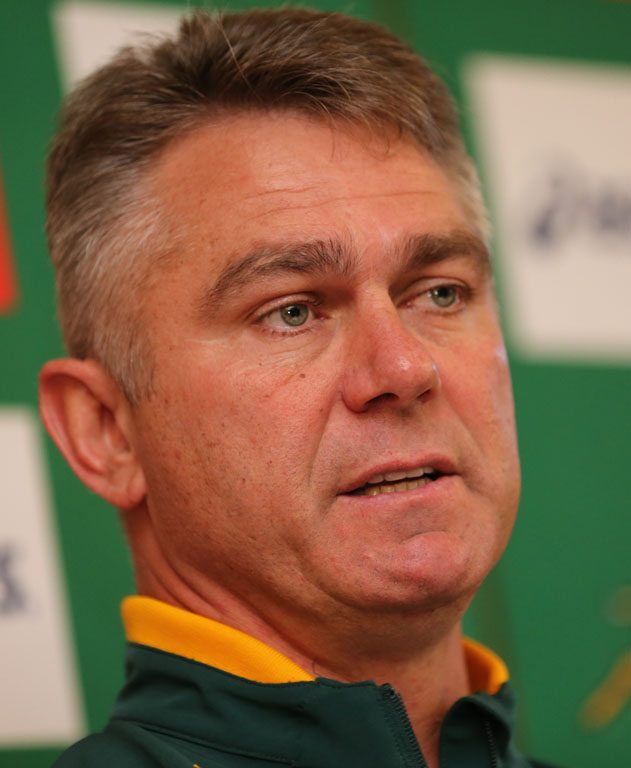 The only change to the match-day squad is at replacement prop, where the injured Marcel van der Merwe is replaced by Coenie Oosthuizen, who joins fellow front-rower Trevor Nyakane on the bench.

As predicted, there was no place yet for the five uncapped players, while flyhalves Johan Goosen and Morne Steyn failed to make the final cut again, although Goosen is set to get a chance at fullback later on tour.

While the Boks have won seven from their nine Tests this year it was really their 27-25 win over New Zealand at Ellis Park which has installed the belief that Meyer can achieve great things with this side.

“Although we won our last Test, the challenge this week is to make another step up. It’s imperative that we improve in all facets of our play,” said Meyer.

The Springbok starting team boasts a total of 672 Test caps – 289 in the backline and 383 in the forwards – while there is the further experience of 316 caps on the bench.

South Africa and Ireland have played each other 21 times since 1906, with the Springboks winning 16 Tests, losing four and one drawn. The Springboks have scored 417 points and 60 tries and conceded 248 points and 24 tries for an average score of 20-12.