Springbok scrum coach Pieter de Villiers said they are gearing up for a battle royal against Ireland in Dublin’s colourful Aviva Stadium on Saturday. 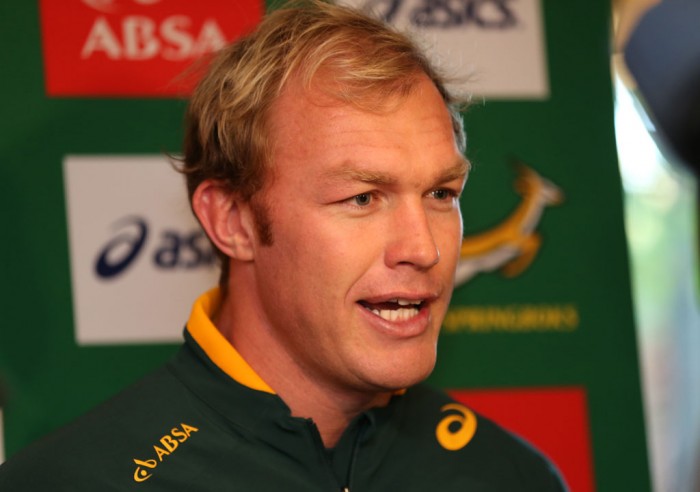 And even though French referee Romain Poite will be remembered for all the wrong reasons – specifically, the red card to Bismarck du Plessis in Auckland last year, later rescinded – he also officiated the Test won handsomely 38-16 by the Boks against Wales in Durban in June.

“We know we’re up against a very good set-piece, I think Europe in general is very proud of their set-piece. Ireland’s statistics speak for themselves, they’ve had 100% in terms of scrum success for this year, so we do respect their scrum,” he said.

“Their locks were very solid in the Six Nations and also on their recent tour to Argentina. We know we are up against a solid unit and that’s a great challenge for us, after we spent the latter part of the Rugby Championship doing well.”

And while the Bok scrum struggled in their opening two Championship fixtures, home and away to Argentina, De Villiers said they had addressed their shortcomings ahead of the trip to Dublin.

“We’re very happy with the way the scrums went towards the end of the Championship against Australia and the All Blacks in the last two games.

“In the past two weeks it also gave us time to work on our conditioning, on the system, and I think we’ve done very well there. We’re happy and we’re in a good space at the moment.

“And adding those two weeks of prep it will be a good contest.”

Play well in URC and Bok door will open, says coach Nienaber
6 hours ago
6 hours ago

Play well in URC and Bok door will open, says coach Nienaber
6 hours ago
6 hours ago