Western Province Currie Cup coach Allister Coetzee is either well equipped in the mental mindset of the game, or he has a real respect for Griquas' ability in Kimberley. 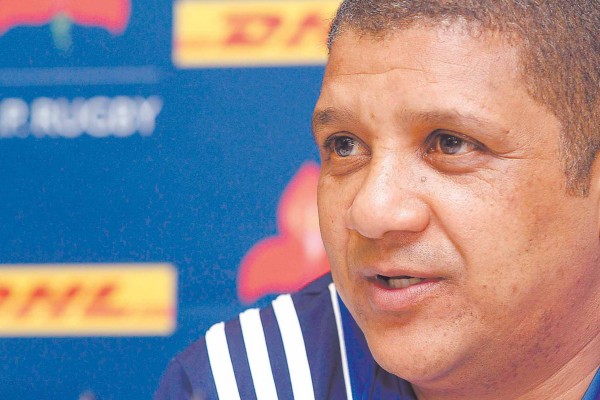 Or maybe even both.

Griquas’ performances in South Africa’s premier provincial competition have always been instrumental, especially in the early stages when their lack of player depth hasn’t yet been exposed that much.

“We know it’s going to be a massive battle,” said Coetzee of their meeting with the Peacock Blues in Kimberley this afternoon.

Province started their campaign with two games at home, resulting into a 24-24 draw to the Blue Bulls and a 15-14 win against the Cheetahs.

Griquas started with a thrilling 32-30 win in Durban, before succumbing 15-9 in a yawn fest at Loftus where a penalty shoot-out highlighted both teams inability to cross the whitewash.

The Blue Bulls showed that exposing Province’s set-pieces is the shortest road to success against them. Griquas might just follow this blueprint.

“For us it’s about building momentum and not letting slip the things that we’ve improved on last week,” Coetzee said.

Province, however, should be concerned that last week against the Cheetahs they dominated territory and later also possession, but only managed to “steal” the game away from the Free Staters in the last five minutes.

But Province are still unbeaten and their set-pieces are starting to tick the right boxes with the likes of lock Michael Rhodes and prop Steven Kitshoff proving very influencial.

“That’s what consistency is about and that’s what you need in this competition, whether you’re at home or away,” Coetzee said.

Kitshoff must relish the opportunity not to have to confront Lourens Adriaanse, who has finally got the Bok recognition he so richly deserves.

Ascendancy in the setpieces could bring into play the dangerous running trio of Juan de Jongh, above, Cheslin Kolbe and Gio Aplon that should play a major role on the hard surface.