The tourists from Joburg have lost both Jordan Hendrikse and Eddie Fouche to injury in recent weeks. 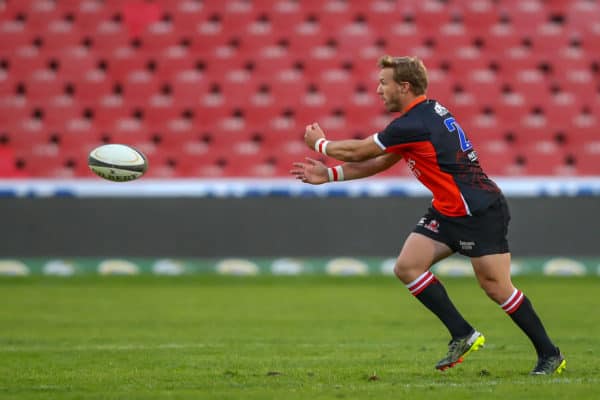 The well-travelled Fred Zeilinga has joined the Lions on tour in Europe. Picture: Gordon Arons/Gallo Images

The arrival of emergency call-up Fred Zeilinga to the Lions squad ahead of their final United Rugby Championship clash against Ulster on Friday night will ease a growing headache for the coaching staff.

The Lions were stunned by the loss of both front line flyhalves in a week, Jordan Hendrikse in the match against Scarlets and Eddie Fouche in training two days before their next game against Glasgow Warriors.

This saw utility back EW Viljoen thrown into the deep end against Warriors at flyhalf with no back up cover, only for him to put in one of his best performances for the side.

Vijoen showed some impressive out of hand kicking, a big boot when needing to clear and nailed three of his four attempts at goal in an assured performance that should see him get the nod again to start against Ulster, with Zeilinga providing cover on the bench.

Another injury blow to the Lions also saw on loan lock Pieter Janse van Vuuren ruled out of the final tour game, with him returning to South Africa for treatment on his left MCL.

“It is always unfortunate losing players to injury, but those are the realities of rugby,” said coach Ivan van Rooyen.

“We welcome Fred to the group and wish Pieter, Jordan and Eddie a speedy recovery.”