Don’t blame the individual player when the team collectively have let themselves and their country down. 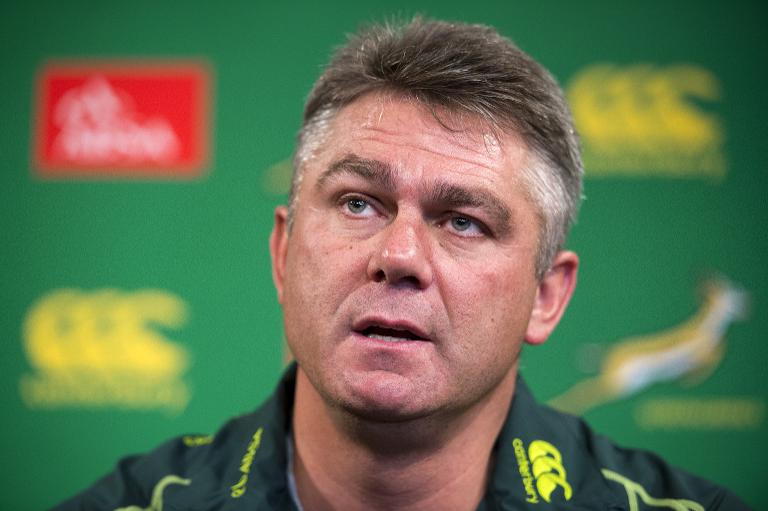 This is the message from Bok coach Heyneke Meyer who said there is great energy in the side to make amends against England at Twickenham tomorrow after the happenings of Dublin.

“Believe it or not, you are going to lose games even if you are playing for South Africa,” said Meyer. Credit has to go to Ireland and we are really focused on our own game, it was one of those strange games where we won everything except on the scoreboard so that doesn’t count for anything

“But there was no complacency. Ireland are a real quality side and they were unlucky not to beat the All Blacks last year. You just can’t play on emotion alone. I don’t believe in that.”

Meyer said it was also not in his nature to create scapegoats in a team after a loss as the five changes to the team was a preconceived plan.

“I want to say on record that guys who know me, and there’s not a whole lot of them, know that I don’t make a lot of changes after a loss, I usually plan in advance.

“So it’s not to say those guys are the scapegoats, usually when we haven’t played well and lose a game, we try to keep the same team, to fix it, so that’s why I kept the same 23.”

And although the Boks have an unbeaten run stretching back to 2006 against England, the narrow 16-15 win the last time they played at Twickenham is a reminder how close the margins are.

“It’s an unbelievable experience for us to play at Twickenham, one of the best stadiums in the world and an unbelievable crowd, so we weren’t happy. But we take it game by game and the bottom line is that we didn’t hold on to the ball.

“I think where we must improve is that we have to be more clinical, we tried to evolve our game into a more open running style, but if you look at all the other Test matches here, it wasn’t a case more than two or three points.”

Rugby World Cup just two years away, but focus is on the now — Am
19 hours ago
19 hours ago

Rugby World Cup just two years away, but focus is on the now — Am
19 hours ago
19 hours ago