Boks storm back to beat England

The Springboks rediscovered their mojo in emphatic style as they hung on to a tense 31-28 win over England at Twickenham earlier today. 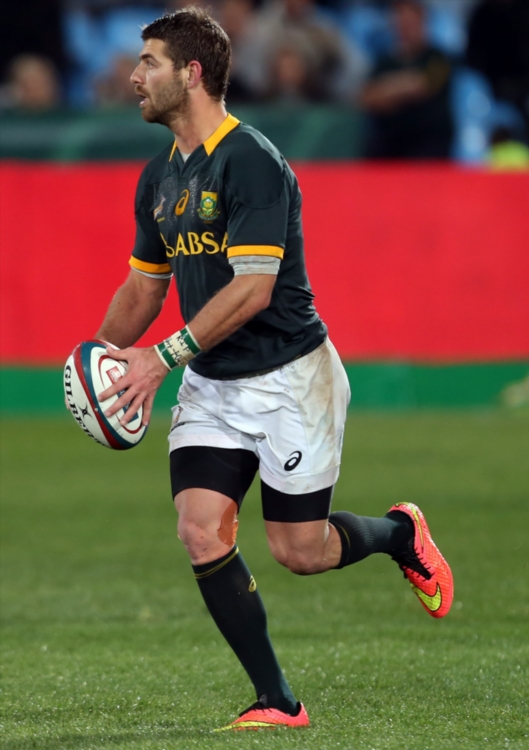 While both sides scored three tries the Boks, who were ahead 13-6 at halftime, ensured they stayed just a step ahead and never trailed in the game.

The Boks’ second try by scrumhalf Cobus Reinach straight after halftime after a superb chip by Bok pivot Pat Lambie and an even better collect and pass by fullback Willie le Roux, ensured a crucial 20-6 lead and laid the foundation for the Boks’ glory trip to the Twickenham fortress of England rugby.

“It was tough, we are pleased but we made it tough on ourselves, we probably got points at the right times, we felt it slipped at one stage, but I must laud the team for their composure, there will be a few sore bodies tomorrow,” said Bok captain Jean de Villiers.

It was the Boks’ fifth straight win at Twickenham and stretched their unbeaten run against England to 12 matches.

England however fought back and only a superb drop goal three minutes from time by Lambie, who scored 16 points, ensured the Boks a crucial 31-23 lead, before a try by England centre Brad Barritt ensured a tight finish, after reserve flyhalf George Ford made a mess of his rushed conversion in the 79th minute.

Earlier a Lambie penalty increased the Boks lead to 28-20 before a Ford penalty once again reduced matters to just 28-23 but the Boks’ composure ensured they stayed calm.

England hooker Dylan Hartleys’ yellow card for stomping on Springbok No 8 Duane Vermeulen in the final 10 minutes however cost them dearly.

The Springboks were superb on defence in the opening half as England dominated possession and territory, but SA’s job was made so much easier with a lack of innovation by the home team and a high error-rate.

A yellow card to Bok lock Victor Matfield were quickly followed by two England maul tries by prop David Wilson and reserve loose forward Ben Morgan in the 46th and 48th minutes as they squared matters at 20-20.

Man of the Match Bok flank Schalk Burger retaliated with the Boks’ doubtful third try after possible truck and trail in the 54th minute to regain the lead at 25-20 following a clinical lineout drive as Lambie pushed the difficult conversion wide.

Earlier, the Springboks lead 13-6 at the break but it could have been 16-6 if Lambie didn’t fumble a penalty three minutes before the break after three successful kicks which included a conversion and two penalties.

After being stuck in their own half in the opening 10 minutes, Bok fullback Willie le Roux almost scored in the 10th minute after interplay with wing Bryan Habana after SA turned possession over, giving Lambie the chance to open the scoring with a penalty to send SA up 3-0.

More was to come when Bok centre Jan Serfontein brilliantly intercepted in the 15th minute after a delayed fumble by England scrumhalf Danny Care and after Lambie converted SA went further ahead by 10-0 in front of a stunned 82 000 crowd.

England flyhalf Owen Farrell finally put the hometeam on the board in the 28th minute to trail 3-10 but after a Bok drive was collapsed in the 32nd Lambie’s third successful kick put the Boks back in the pound seats at 13-3.

In between England however butchered a certain try in the 25th minute when lock Dave Attwood ignored a double overlap inside the Boks 22m-line.

England reduced matters in the 36th minute as Bok No 8 Duane Vermeulen was blown for off-side play as Farrell kicked his second penalty to see England trail SA 13-6.