Lood takes over from Bakkies

Springbok coach Heyneke Meyer said it was a tough decision to leave veteran lock Bakkies Botha out of his squad for this weekend’s Italy Test in Padua. 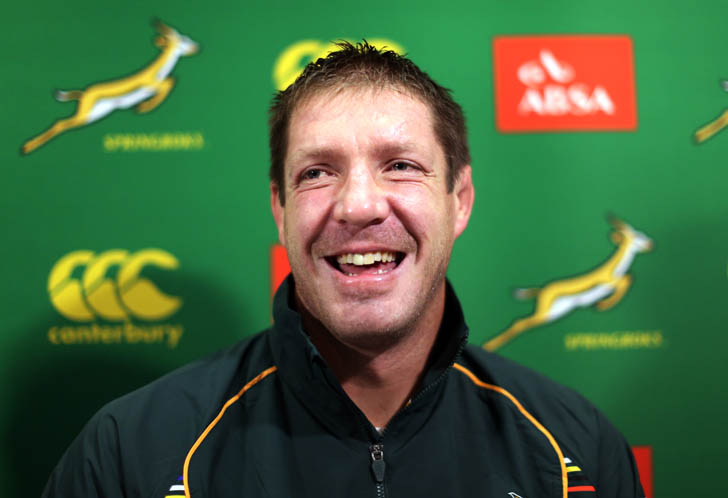 Lood de Jager has replaced Botha, who plays his rugby with Toulon in France and won’t be available for next weekend’s final Test against Wales in Cardiff, on the Bok bench.

“I thought about starting Bakkies because we are going to need some physicality,” said Meyer.

“But I thought Eben Etzebeth hasn’t played a lot of rugby this year, if you think he was out injured in Super Rugby and in the June Tests and he is only finding his best form now,” said Meyer.

Meyer, who said in the past he doesn’t consider Botha an impact player, said the Wales Test also rested heavily in his mind.

“Very difficult to pick the side, whether you pick Bakkies and rest Eben, but then Bakkies is not there next week so I thought it’s better to give Eben another go,” said Meyer.

“And the same we decided to go with Lood on the bench who has done really well as an impact, he had one game against the All Blacks where he made two little mistakes, but that’s how he is going to learn,” he said.

De Jager is also the only other specialist No 5 lock in the squad apart from Victor Matfield.

“We have always been worried about the 5, where Eben and Bakkies are 4 jumpers, so we had to get Lood back so eventually the decision was logical, and he will play next week as well as he has to get some game time and he hasn’t played for a while,” said Meyer.