The Springboks could reach several milestones when they clash with Italy in Padova on Saturday, a venue where the Boks have never played before. 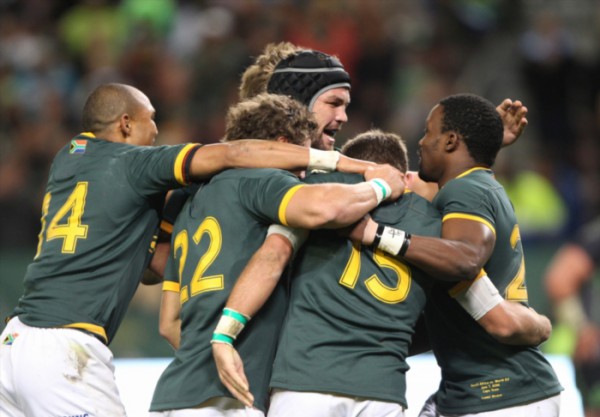 Willie le Roux of the Springboks scores a try and celebrates during the International match between South Africa and World XV from DHL Newlands Stadium on June 07, 2014 in Cape Town, South Africa. (Photo by Luke Walker/Gallo Images)

The Boks play their third Test in the current European tour, after coming up short against Ireland in the opening Test. But, they bounced back in the best possible fashion against England last weekend at Twickenham.

Against Ireland the Boks went down by 29-15 – it all really went downward for the Boks after hooker Adriaan Strauss was yellow-carded with the Boks being down by just 16-10 with just 13 minutes left in the game in Dublin.

In a complete turnaround of events a week later, the Boks beat England 31-28. However, their grip on the game was not mirrored in the final score as the Boks went up 20-6 shortly after halftime before a yellow card to Bok lock Victor Matfield allowed England to get back into the game.

For the Ireland Test the Boks were probably short of match sharpness after the majority of the players – at least the contracted ones – were frozen for the Currie Cup and didn’t see game time for about five weeks since the All Black Test at Ellis Park, won emphatically 27-25 by the Boks in the last two minutes.

The Boks have won eight of their 11 Tests this year but only have six Tests left before the start of next year’s World Cup in England. Here are some interesting statistics ahead of the Italy Test match:

It will be the fifth time that a Springbok team has three centurions in the starting line-up. The four previous times were against Australia and New Zealand in the Rugby Championship and against Ireland and England.

Jean de Villiers will extend his record as the most-capped Springbok centre, with 89 Tests in this position and will captain South Africa for the 33rd time, placing him third behind John Smit (83) and Gary Teichmann (36).

All eyes on Habana

Matfield and Habana will share the record for the most Tests against Italy when they play the Azzurri for the sixth time – they previously shared this record with Ruan Pienaar and Andre Venter.

A try for Bismarck

If he goes on and scores a try Bismarck du Plessis will extend his record of nine Test tries for South Africa as a hooker.

Gurthro Steenkamp has six in the bag

If he goes on and scores a try, Gurthro Steenkamp will extend his record of six tries for South Africa as a prop. 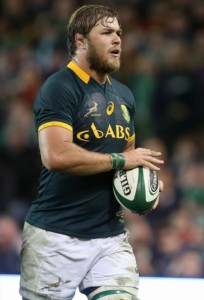 Willie le Roux, Duane Vermeulen, Jannie du Plessis and Bismarck du Plessis have played in all eleven Tests for the Springboks in 2014. Bryan Habana, Cornal Hendricks and Tendai Mtawarira have both missed only one Test in 2014.