The flyhalf helped the Boks to win series against the British and Irish Lions 12 years apart. 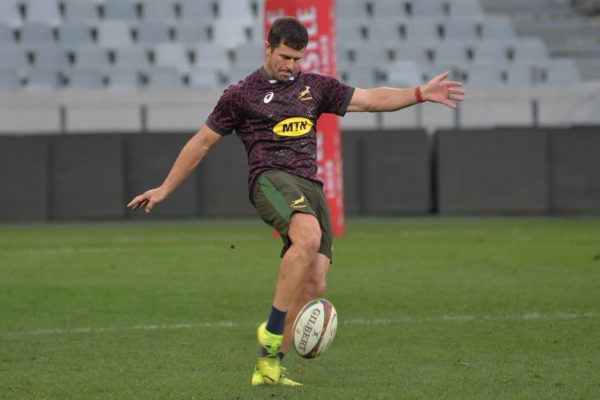 Morne Steyn, who has retired from Test rugby, has been hailed by his teammates. Picture: Grant Pitcher/Gallo Images

Two of South African rugby’s biggest names have congratulated Morne Steyn on a “incredible career” following the news that the Springbok flyhalf has opted to retire from international rugby.

The 37-year-old played 68 Tests for the Boks and will be remembered as one of the team’s most accurate kickers, helping the team to series wins against the British and Irish Lions in 2009 and 2021.

Steyn will continue to play for the Bulls, the side he has represented throughout his career in South Africa, in the Currie Cup and United Rugby Championship. He also made 135 appearances for Stade Francais, before returning to South Africa last year.

The No 10 said he wanted to spend more time with his family.

Another former Bok great, Bryan Habana, was also full of praise for Steyn. The two first played alongside each other at the Bulls before Habana moved to the Cape.

Habana, like Smit, a star of the 2009 Bok team that beat the British and Irish Lions, when Steyn slotted the last-minute penalty, said: “Simply the best!!!!! What a guy! What player! What a legend! Morne Steyn congratulations on an incredible international career with Springboks!”

Steyn ends his Bok career having scored 742 points, from 156 penalties, 102 conversions, 10 drop-goals and eight tries. He was the top points-scorer at the 2011 World Cup and won two Lions series titles and one Tri-Nations series title.

On Tuesday, Bok boss Jacques Nienaber said of the veteran flyhalf: “He’s been such a great servant to South African rugby and a brilliant rugby player.

“So firstly hats off to him in terms of what he’s delivered on the rugby field. I mean, just the magic he created in beating the British and Irish Lions twice and the specific manner that he’s done it just speaks volumes for the guy.”