The Springboks learned today in Cardiff that prop Jannie du Plessis has again been ruled out with a hamstring for this weekend’s final Test against Wales. 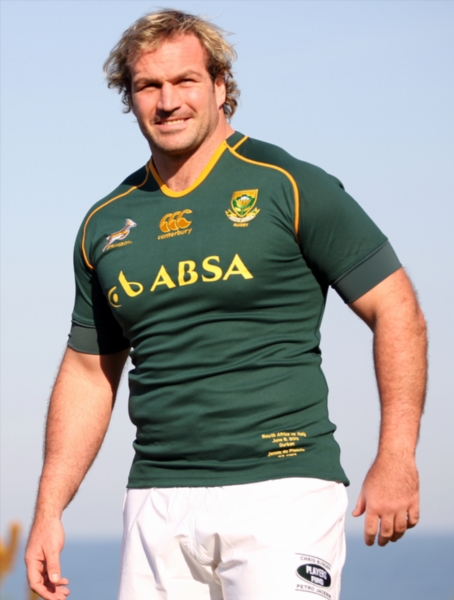 This means Coenie Oosthuizen will continue in the tighthead role, but one he has excelled into last weekend in the 22-6 win against Italy.

“So I’m very happy with, I won’t say SA rugby in general, but with all the players, we have got a lot of guys coming through, you can just look at the flyhalves, so you can pick a very good and experienced side going to the World Cup and for the next two Test matches,” said Meyer.

Meyer said people musn’t underestimate how tough it was for Oosthuizen and Trevor Nyakane last weekend.

“Strange conditions and a tough crowd, totally new environment and most of these guys haven’t even played away from home, so I thought Coenie and Trevor did brilliantly,” said Meyer.

“So people say I don’t gamble, but we have respect for any side and we knew it was going to be tough, but if you look at the bench, Nizaam (Carr)  coming on, Julian coming on, even Lood (de jager) is still a youngster with a lot to learn especially away from home, we started with Oupa (Mohoje) and Trev, who hasn’t even played Super Rugby this year most of the time, a lot of new guys thrown in,” said Meyer.