Springbok coach Heyneke Meyer’s hand was forced as he made a total of eight changes (five changes to his starting lineup and three more on the bench) for the final Test of their year-end tour against Wales in Cardiff on Saturday. 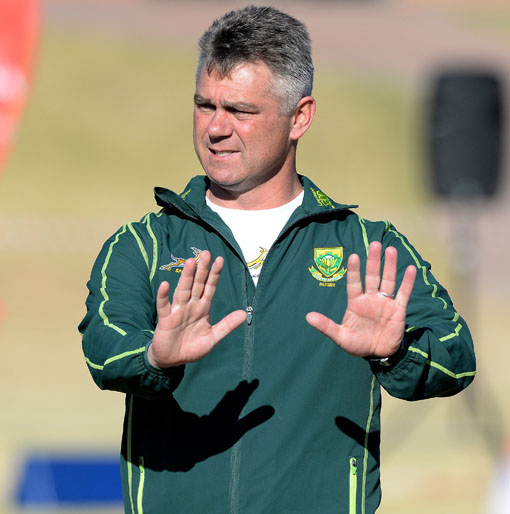 Meyer was forced to name an entire new back-three after fullback Johan Goosen and wings Bryan Habana and JP Pietersen returned to their French and Japanese clubs because the game falls outside World Rugby’s international window.

Other overseas players to exit the Bok squad include flyhalf Morne Steyn, scrumhalf Jano Vermaak, the retired lock Bakkies Botha (who were not part of the match-day squad last weekend) and prop Gurthro Steenkamp, who came on as a substitute against Italy.

“All the players coming into the team have been part of our squad for most of the season,” said Meyer. “They know our plans and structures and now it’s about execution on Saturday.”

Injuries and the non-availability of overseas-based players for matches outside the Test window have meant that only three players, fullback Willie le Roux, hooker Bismarck du Plessis and eighthman Duane Vermeulen, have played in all 12 Tests for the Springboks in 2014.

In 2013, a total of 10 players featured in each of the 12 Tests. Le Roux is the only player who has played in every Springbok encounter over the last two seasons, while Du Plessis has missed only one match.

It has also been confirmed on Wednesday that Bulls scrumhalf Rudy Paige, who was called up as cover for Vermaak, has picked up a medial knee ligament injury during training this week which will rule him out for between three to four weeks.

A replacement for Paige in the Springboks’ touring squad will be named at a later stage, with the only two No 9s currently in the squad Cobus Reinach and Francois Hougaard both included in the match-23 for this weekend’s Wales Test.

Time away from rugby was 'needed', says Am about refreshed Boks
54 mins ago
54 mins ago

Nienaber: 'French camp will help get SA-based Boks up to speed'
21 hours ago
21 hours ago

Time away from rugby was 'needed', says Am about refreshed Boks
54 mins ago
54 mins ago

Nienaber: 'French camp will help get SA-based Boks up to speed'
21 hours ago
21 hours ago