Both teams are in good form, with the New Zealanders having won three in a row on tour. 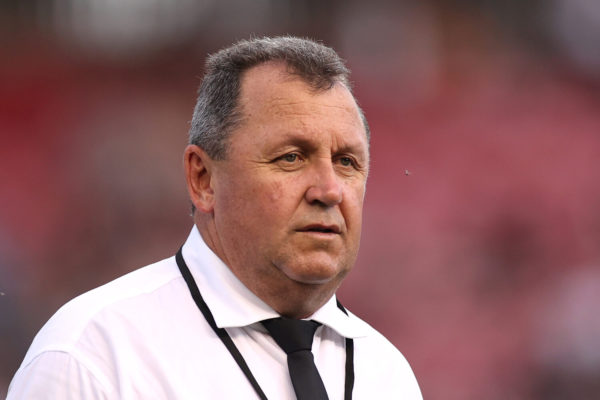 New Zealand face a formidable challenge to make it four wins from four games on their northern hemisphere tour when they play Ireland in a one-off rugby Test on Saturday, said All Blacks coach Ian Foster.

The 56-year-old knows how dangerous the Irish can be having been assistant coach on two occasions when Saturday’s hosts beat them in the past five years (2016/18).

However, he was also sitting alongside the man he replaced as head coach Steve Hansen when the All Blacks hammered Ireland 46-14 in the 2019 Rugby World Cup quarter-finals.

The All Blacks have swept aside their three opponents so far on the tour, scoring 104 points against the United States and 54 admittedly against a much-weakened Wales side, and 47 for good measure in the win over Italy last weekend.

The Irish, though, are on a good run of their own with six successive Test wins including a 60-5 rout of Japan last Saturday.

“We’ve watched Ireland’s development this year with interest, particularly through the latter part of the Six Nations and last week’s big win over Japan,” said Foster after naming his team.

“They are certainly playing with confidence and ambition and represent a formidable challenge.

“We have no doubt what Saturday is going to bring at a full stadium.

“It’s a big occasion, rugby is back to Dublin in terms of full grandstands, so we know what it’s going to mean here, and we want that kind of stage.

“It’s big and it’s exciting and is what motivates this team.”

Beauden Barrett — who played a pivotal role in the World Cup victory of 2015 — gets the nod at flyhalf ahead of Richie Mo’unga.

This sets him on course for an intriguing duel with Irish opposite number and fellow Test centurion Johnny Sexton.