England won all three of their end-of-year internationals against Tonga, Australia and South Africa. 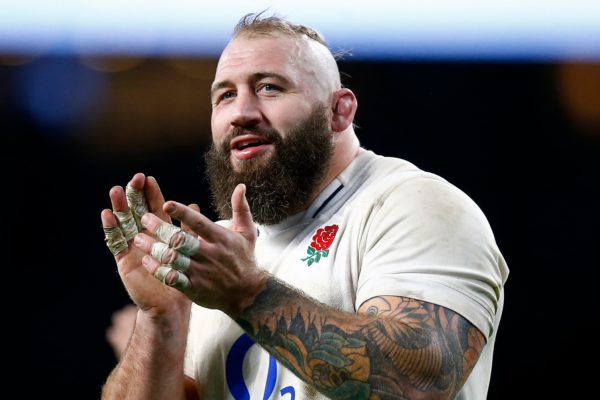 England prop Joe Marler after their match against the Springboks on Saturday. Picture: Gallo Images

Joe Marler is happy to “come along for the ride” after seeing a raft of young England players make their mark in a dramatic victory over world champions South Africa.

Saturday’s 27-26 success at Twickenham was sealed by England fly-half Marcus Smith as the 22-year-old, in just his fifth Test, rounded off an admirably assured all-round display with a 79th-minute penalty just when it seemed South Africa would grind out a win.

The result meant England, who finished a lowly fifth in this year’s Six Nations, had won all three of their end-of-year internationals after previously defeating Tonga and Australia.

If it was no compensation for England’s comprehensive 32-12 defeat by South Africa in the 2019 World Cup final, the way in which an emerging side beat the Springboks, with Smith and fellow young guns Freddie Steward and Jamie Blamire starring, was an encouraging sign ahead of the 2023 edition in France.

“I was really pleased for a lot of the youngsters who dug deep and showed grit to stay in the fight rather than just giving up,” said veteran prop Marler, who came off the bench in the second half to win his 74th England cap.

“The second half went all South Africa’s way and it would have been easy to go ‘oh Christ, this lot are pretty good’.

“Instead, I looked around the group and I saw young boys just puff out their chests and said ‘let’s give this a crack, we’re still in this’.”

The 31-year-old Harlequins front row, a survivor from the England matchday 23 that lost the World Cup final, added: “There are a lot of boys there who are new to the group. There aren’t many old ones left and we’re clinging on in there.

“That blend of experienced players helping out the youngsters as opposed to them sitting in a hierarchy and being in an environment that doesn’t allow them to thrive and be themselves is long gone.

“The youngsters coming in now feel confident to express themselves in this environment. And us old boys get to come along for the ride.”

Marler also paid tribute to stand-in England captain Courtney Lawes, with the 90-cap loose forward leading the side against the Springboks in the absence of Owen Farrell.

The 32-year-old Lawes could now remain in charge for England’s next game, their Six Nations opener away to Scotland on February 5.

“Courtney’s a people’s captain,” said Marler. “He plays for the boys, he talks about his love for the group and will always put his body on the line.

“That’s never in question, it’s the character he is, so he doesn’t actually have to say it. When he speaks everyone listens.”

Marler added: “He doesn’t speak often but he’s a good guy and I’ve really enjoyed playing under him in this campaign. Boys follow him.

“He’s carrying hard, he’s added that extra bit of footwork, bits in attack, and he still does what he does in defence. He’s older than me and he’s still pushing hard, so I’m thinking ‘fair play to you mate’.”