Springbok Willem Alberts is available again, while there are several players in the mix to play at flyhalf. 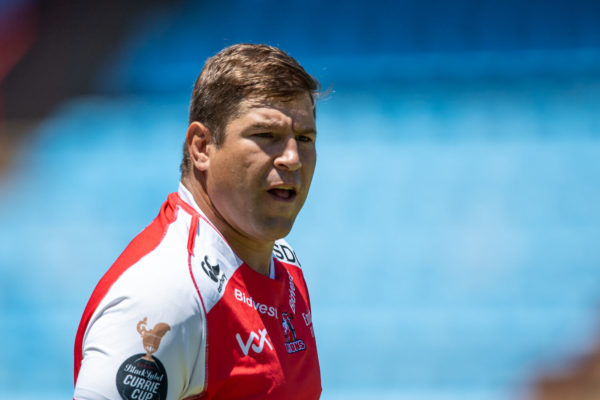 Utility forward Willem Alberts is fit and available again ahead of the restart of the URC this weekend. Picture: Anton Geyser/Gallo Images

The Lions will be close to full strength as the United Rugby Championship gets back under way after breaking for the November Internationals with a clash against the Cardiff Blues first up at Ellis Park on Sunday.

After having over a month off after their last URC match in mid October, the Lions returned to South Africa having endured a tough introduction to the competition, winning just one of their four games on their maiden European tour.

With a number of injured players returning to the side they will now be aiming for a strong showing in their first two home games of the campaign.

“It is nice having a full squad training, Willem Alberts is training full on, Tiaan (Swanepoel) is back in training and is starting to kick the ball to his normal distances,” explained coach Ivan van Rooyen on Tuesday.

“Other than that we are waiting for one or two updates but we are not expecting any massive problems injury-wise and we should be almost at full strength.”

One of the problem areas for the Lions during their stint in Europe was at flyhalf where they lost both Jordan Hendrikse and Eddie Fouche, with fullback EW Viljoen having to step into the breach. And although Hendrikse will still be out for a while the Lions are looking more stable in the position

The squad is also fired up for the encounter against Cardiff, who they will be hoping to claim a solid win over, with a tougher game against Munster following a week later and will be relishing playing in front of their home fans for the first time in the competition.

“Eddie joined training last week so he is training full out,” said Van Rooyen. “Also, Fred (Zeilinga) is in the squad, James Tedder, who is on loan, is in the squad and like you saw the last two games on tour, EW (Viljoen) assisted there, so I think there is ample opportunity for all of them.

“This is our first game week in four weeks and the first time we are going to play in front of South African fans, so that in itself is exciting. We are under no illusions that Cardiff is going to be a tough challenge as they have travelled with about 14 international players.

“So we have really worked hard as a group the past three weeks, we are excited about the next two games at home and we are ready to come out and make the fans proud.”

'This means more': Siya Kolisi sends a shoutout to his three-year-old fan
23 hours ago
23 hours ago

'This means more': Siya Kolisi sends a shoutout to his three-year-old fan
23 hours ago
23 hours ago