Despite coming up against a weakened Leinster team, Stormers captain Steven Kitshoff is adamant they will not underestimate the tourists. 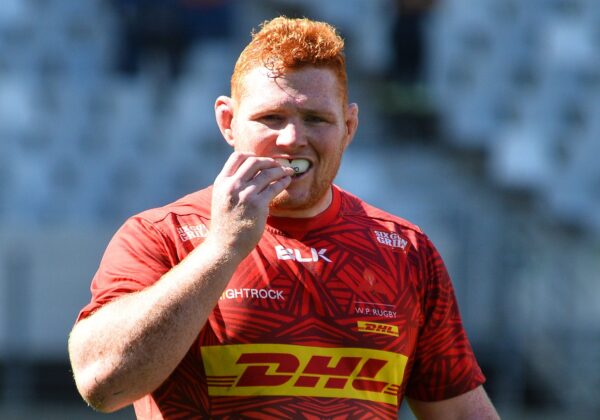 The Stormers are looking to front up to the challenge of Leinster with a big performance from their forward pack in the top-of-the-table United Rugby Championship clash at Cape Town Stadium on Saturday afternoon (kick-off 6.15pm).

During their loss against the Sharks last weekend it was the Leinster pack that seemed to struggle in Durban, and that is a place that the Stormers will now look to target with their two Springbok props Steven Kitshoff and Frans Malherbe.

“We did some good analysis of their scrum and their maul and the Sharks did get some good dominance, but every weekend is a different story and it’s a new innings,” said Stormers captain Kitshoff.

“So we have done what we needed to do in our preparations, and we had a good look at their scrums, so we know what we are in for and what we need to do to get the upper hand.”

Despite coming up against a weakened Leinster team, Kitshoff is adamant his charges know the dangers of underestimating a side that almost upset a Springbok laden Sharks team a week previously.

Leinster will also be fired up for the challenge as they know a loss against the Stormers will put their top spot on the log in jeopardy going into the final round of fixtures next month.

“This is a number one versus number two clash, so this game means a lot. They are top of the log for a reason and are a quality outfit. They have good forwards, good decision makers at the back and a good set-piece, and they play winning rugby,” Kitshoff said.

“Complacency at the back end of the competition is a killer and I firmly believe that this team has its head screwed on right. With the bigger picture in mind we understand we have two more league games before the playoffs.

“So we just have to sharpen as much as we can and put in as much work as possible so we can keep on performing as we have over the past several weeks.

“We know it’s a big challenge for us this weekend, we understand the importance of the game and we just have to play our game, stick to what we know and hope for the best.”