"It’s a very unique, special tournament and you come up against the top French, English and Irish clubs." 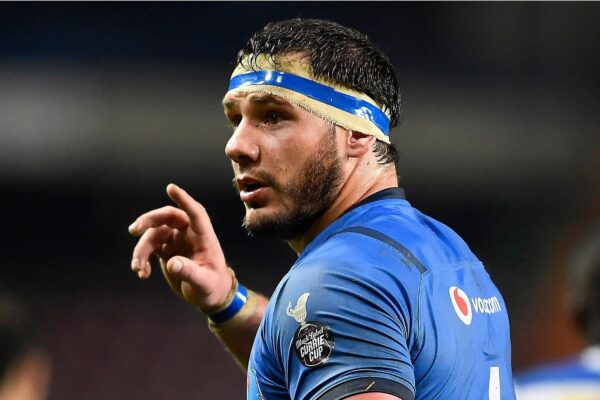 Marcell Coetzee will lead the Bulls in the Champions Cup later this year. Picture: Gallo Images

The Bulls entered European rugby this season like a teenager with acne hesitantly stepping onto the dance floor, but captain Marcell Coetzee will be telling them they will become men when they participate in the Champions Cup later this year.

Despite a poor start to their United Rugby Championship campaign when they were thrown into the deep end and had to play Leinster, Connacht and Edinburgh away from home at the start of the UK winter, the Bulls have secured a quarterfinal place and the Champions Cup qualification that goes with it, with one match to spare.

Coetzee played in the premier European tournament while at Ulster from 2016-2021.

“I hope it doesn’t take as long for us to adapt and my brief to the guys will be that this is when you become men,” Coetzee said on Thursday. “It’s nice for us to have a bite of that cherry and it’s a great format.

“The fans love it and hopefully some will travel here and ours will go to Europe. It’s a very unique, special tournament and you come up against the top French, English and Irish clubs.

“It’s where you can really measure yourself as a team and as an individual. The tournament has such great traditions and it’s like playing international rugby.

“Our game was a bit stop/start when we were just playing domestically, our tempo went down, but we now recognise that there is a lot of tempo and creativity in Europe,” Coetzee said.

The Springbok flank was speaking at the announcement that the second edition of the Carling Black Label Currie Cup Champions Match will take place at the Nelson Mandela Bay Stadium on July 2, and, with the Bulls currently top of the Currie Cup log and facing two crucial games over the next fortnight, he said the Loftus Versfeld players are learning to deal with the discomfort of playing in two tournaments at once.

“At the beginning of the season, Jake White [coach] made it abundantly clear that the Bulls want to be competitive in all competitions. We want to win trophies and we all buy into the idea of a one-team union,” Coetzee said.

“For some games, doubling up has been really tough, like when we played Munster the one weekend, the Sharks in midweek and then Scarlets the following weekend.

“But we have good recovery systems in place so we can be competitive on all fronts. The most important thing is that the players are driven to do it from the inside.

“While at Ulster I can remember playing the Pro14 final the one week and Heineken Cup the next week. Your body takes a hammering, but doubling up is possible if the right structures and mental attitudes are in place,” Coetzee said.