"Some guys have waited 22 years, but for me it’s been 35 years. So it’s just great to be here and to realise my dream." 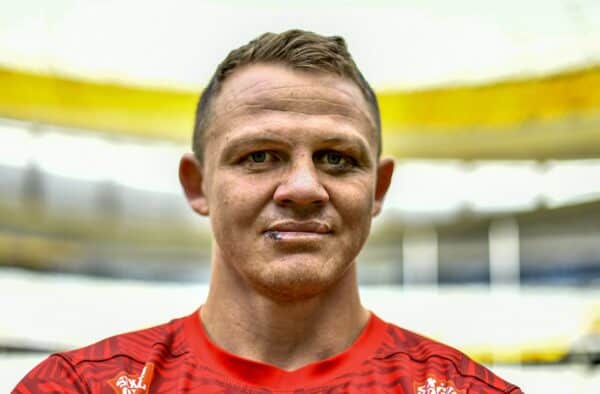 Deon Fourie has been superb for the Stormers this season. Picture: Ashley Vlotman/Gallo Images

Deon Fourie has been around South African rugby for a while, making his senior debut for Western Province in 2005, and he also played in France for seven years with Lyon and Grenoble, but the 35-year-old Stormers hero has always had a burning desire to be chosen for the Springboks.

Following his sensational displays in leading the Stormers to the United Rugby Championship title, he was selected to the Springbok squad for the first time, alongside seven other uncapped players.

On Thursday, the utility forward had completed his first week of training with the Springboks and his face, battered as it has been this season from all his tremendous efforts at the breakdown, was beaming.

ALSO READ: Alignment key for Boks ahead of international season

“The intensity is way higher up than at provincial level, and, at the age of 35, it takes me longer to get up and running and I’m feeling it a bit,” Fourie said at their Pretoria hotel.

“Some guys have waited 22 years for their dream to come true, but for me it’s been 35 years. So it’s just great to be here and to realise my dream.”

Fourie’s Stormers teammate Evan Roos, also immense in the URC triumph, is 22 years old and perhaps who the elder statesman was referring to.

“This is a boyhood dream come true,” Roos said. “I watched most of these guys growing up, so it feels a bit surreal to be in the same squad as them now.

“But I’m excited about working hard on my game and making sure the important little things get better,” Roos added.

While new faces certainly bring an injection of energy and fresh ideas into a squad, it is a universal truth in rugby that experience is vital at international level.

And Springbok coach Jacques Nienaber said that experience, coupled with a burning desire to restore their pride, will make Wales dangerous opponents in South Africa’s first three Tests of the year, starting on July 2 at Loftus Versfeld.

“We have an average of 26 caps per player, while Wales has 36 so they have experienced players who have been there before,” Nienaber said.

“Their clubs also didn’t make the playoffs in the URC, so they have had a nice month to prepare.

“I’m not sure if they are pushing the restart button from the Six Nations, but I know from 2018 when we were desperate that you do desperate things. We changed our defensive system and the way we kick.

“They have had a lot of negative publicity. A desperate team is always dangerous and it is always a tough battle against Wales.”

NOW READ: Deon Fourie to get 100th Stormers cap as Petersen comes in for URC final