Nienaber keen to get the best out of returning Springbok players

Nienaber is also looking forward to the performance of an exciting loose trio this weekend. 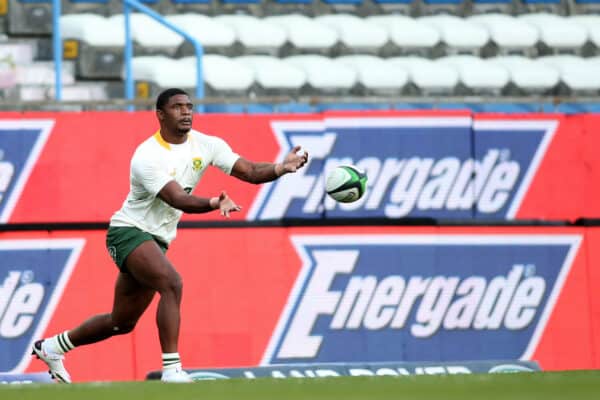 Springbok fullback Warrick Gelant is set to start for the first time since the 2019 World Cup when he takes to the field against Wales on Saturday. Picture: Gallo Images

Springbok coach Jacques Nienaber is looking to get the best out of his returning players, who are back in the mix after being out of the squad since 2019, when they take on Wales at Free State Stadium in Bloemfontein on Saturday.

After naming a new-look team for the second Test, Nienaber explained that the goal for the coaching staff was trying to get the balance right for the match.

ALSO READ: It’s all part of the plan, says Nienaber, after giving Boks a shake

“We have some experienced players, we have some returning players like Marcell (Coetzee), Andre (Esterhuizen) and Warrick (Gelant) who have been part of us before, and then we have the debutants,” said Nienaber.

“So we tried to get a blend of experience of guys who played last year, guys who have played for us in previous years and also the new guys. So we tried to balance it like that.”

Nienaber also claimed making wholesale changes for a match was nothing new and that many teams do it around the world.

“It isn’t something unique and it’s not only us (making so many changes). If you look at France now it’s not a B side playing in Japan there is some experience and players haven’t been left behind,” said Nienaber.

“If you look at what Wales did against Italy in the Six Nations, they made seven or eight changes for that game, but they didn’t disrespect Italy at all.”

Coach Nienaber is also looking forward to the performance of an exciting looking loose trio, featuring Pieter-Steph du Toit, the returning Coetzee and up and coming talent Evan Roos, while Deon Fourie could feature off the bench.

“It’s an exciting combination. Pieter-Steph is the senior player in terms of recent experience having been a part of the squad last year,” said Nienaber.

ALSO READ: Wales excited for another crack at Boks in second Test

“Marcell is an experienced guy as well with about 30 Test caps, he knows what international rugby is about but hasn’t been in our environment since 2019. The obviously Evan has been on form and playing well for his Franchise in the URC.

So I think Pieter-Steph will probably calm the nerves. Marcell knows what it’s about at international level and then feeding experience into Evan. We then have Deon to come on and add something extra, which we are quite looking forward to if it pans out.”