The England coach said he was fed-up with laws that have seen games become stop-start affairs. 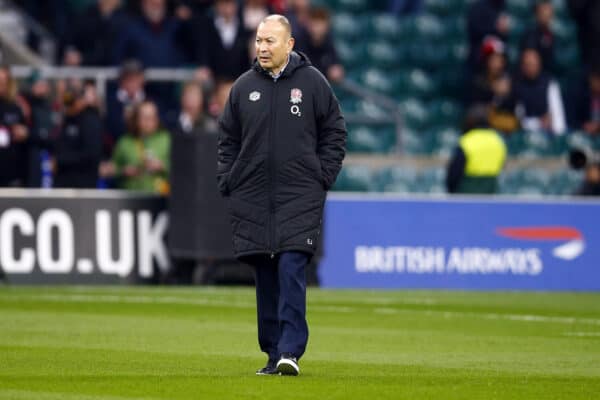 England’s Eddie Jones has called on international coaches to unite in pressing World Rugby to relax over-the-top officiating and get the game flowing again, saying he’s “had enough”.

Jones, who is in Australia preparing for the final Test against the Wallabies in Sydney on Saturday, said he was fed-up with laws that have seen games become stop-start affairs, which he fears will ruin next year’s World Cup in France.

“The referees are being put under pressure here, we can’t blame the referees,” he told Australian media outlets Friday.

“The referees, the players, the coaches need to get together and say ‘This is the game we want, this is the game the people want to see’, and try to put together a forthright case as to the proper officiating of the game.

“I’m certainly going to be pushing for it, because I’ve had enough.”

World Rugby has lowered the threshold for yellow and red cards, taking a cautious approach to improve player safety under a framework designed to protect the head.

Jones, who also recently rallied against the deliberate knock-on law, said the game obviously needed to be kept safe, “but accidental head contact, and this (excessive) use of TMO (television match official), we’ve got to cut out”.

He said lessons could be learned from this week’s fast-paced and thrilling State of Origin rugby league clash between New South Wales and Queensland in Brisbane.

It contrasted with the plodding second England-Australia Test which saw a huge number of penalties and constant delays for TMO intervention.

Last weekend’s New Zealand-Ireland Test also turned into a farcical card-fest that had so many stoppages and sanctions that Jones said it sent the wrong message.

“I don’t want to see a New Zealand-Ireland game like that ever again,” he said.

“Imagine in the World Cup, you’re playing a quarter-final, you get a red card, two yellows and you’re down to 12 men, it’s just ridiculous.”

“World Rugby are doing their best but we’ve just gone too far down one road but certainly before November I’m going to be agitating for something like that (a meeting),” he added.