The Cheetahs will rely heavily on their five starting Springboks when they open their Super Rugby campaign in Durban on Saturday against the imposing Sharks. 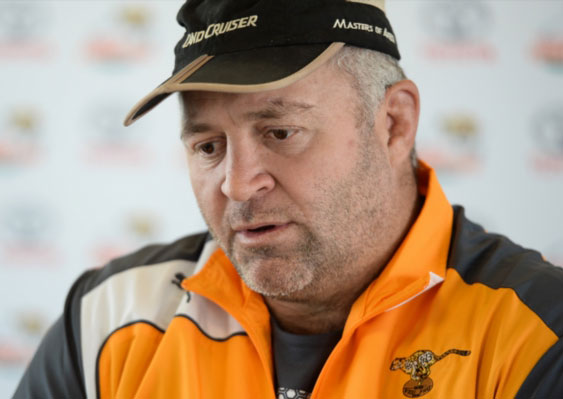 Instead, Clayton Blommetjies will start on the rightwing as Drotske is trying to counter the Sharks’ strong kicking game and the former Bulls player has played in the No 15 jersey in just about all the appearances he has made for Tukkies, the Blue Bulls and the Cheetahs last season.

Although lock Francois Uys is a veteran at 29, he will lead a Cheetahs combination virtually untried at Super Rugby level and the first time he has captained at this level. Several newcomers will be thrown into the deep like loosehead prop Danie Minnie, hooker Torsten van Jaarsveld and centre Michael van der Spuy.

Van der Spuy made sporadic appearances for the Stormers last year, while Van Jaarsveld came into the picture as a flank during the end of the Cheetahs campaign last season, while Minnie fills the void of Trevor Nyakane (Bulls) with Caylib Oosthuizen on the injured list.

What will concern Drotske is that he will test new combinations in midfield, his halfbacks, frontrow and the loosetrio combinations.No 8 Willie Britz featured prominently for the Lions last season and he was one of the best Cheetahs players in pre-season, but there’s a slight question mark over the jaw injury he picked up in the recent pre-season match against the Stormers.

The Cheetahs also have a new flyhalf in former Stormers star Joe Pietersen, who however played his best and most of his rugby at fullback but is a deadly goal-kicker while he is tactically a very sound player.