Stormers pull out all the stops

The Stormers had to pull out all the stops on Saturday night in their Super Rugby clash at Newlands against a 14-man Blues side before pulling off a workmanlike 27-16 win. 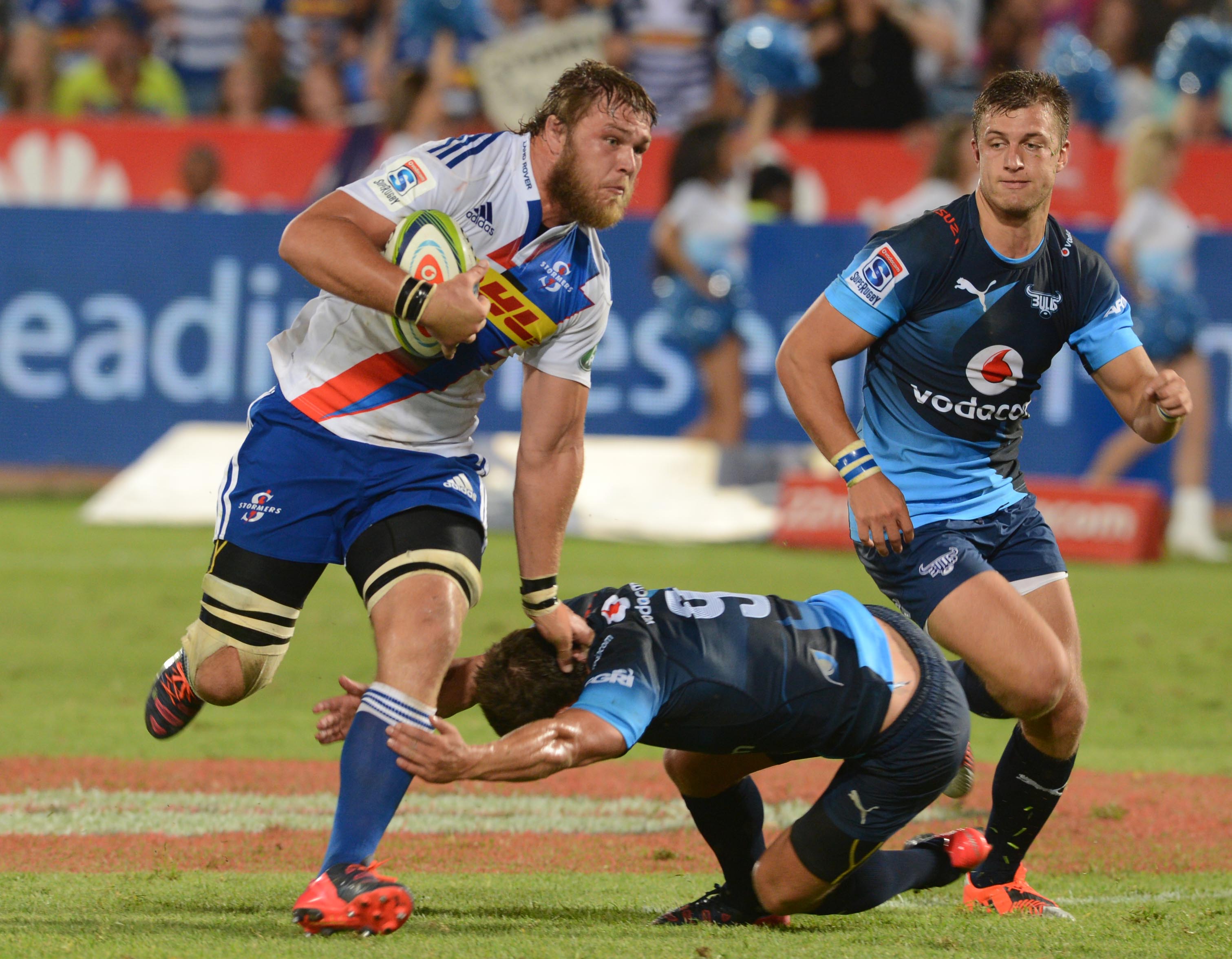 FILE PICTURE: Duane Vermeulen of the Stormers gets past Piet van Zyl of the Bulls during the Super Rugby match between Vodacom Bulls and DHL Stormers at Loftus (Photo by Lee Warren/Gallo Images)

The Stormers who enjoyed a comfortable 18-6 lead at halftime scored two tries to one, but the never-say-die Blues fought back bravely with a terrific try by scrumhalf Jimmy Cowan after a brilliant run by fullback Charles Piutau to reduce matters to just 21-16 at the 50-minute mark.

Late penalties by flyhalf Demetri Catrakilis and his replacement Kurt Coleman in the 54th and 77th minutes ensured the Stormers stayed ahead, but the spirited Blues who played for 55 minutes with only 14 men unsettled the hometeam with ferocious defence.

A red card for punching marred the clash with the undisciplined Blues – in particular visiting lock Hayden Triggs paying the price.

Triggs was pointed out in the 25th minute for a double punch on Stormers captain Duane Vermeulen and referee Craig Joubert had no hesitation to show the bemused Triggs the dreaded red after consultation with his assistant officials.

At the time of the incident the Stormers clung on to a narrow 8-6 lead,  after Stormers scrumhalf Nic Groom scored the opening try in the 11th minute, while flyhalf Demetri Catrakilis, who missed the conversion, added a penalty.

The Blues, who were first on the board, relied on two penalties by flyhalf Ihaia West in the third and eighth minutes for their only points of the first half.

The highlight of the first half was undoubtedly the terrific try leftwing Dillyn Leyds scored in the 34th minute when he wrong-footed the Blues defence from a defensive kick and ran all but 50ms to give the Capetonians a 15-6 lead.

Catrakilis, who missed just one of his four attempts in the first half, added another penalty on the stroke of halftime to give the homeside a handy 12-point cushion at the break.

Catrakilis and West exchanged penalties in the five minutes after the break to ensure the Stormers remained in charge at 21-9 with tempers starting to boil over.