The fireworks were almost put on hold in Bloemfontein on Friday night - and even the Harley Davidsons didn’t quite make so much noise as usual in strong windy conditions. 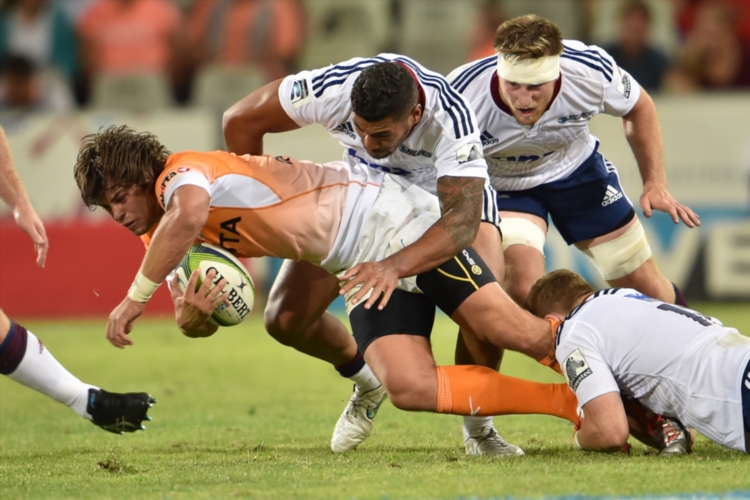 But in the end the Cheetahs hung on for a close 25-24 win after flyhalf Joe Pietersen hit the winning penalty against the Blues in literally the last minute with both teams scoring three tries a piece.

It was the first time the Blues, who only scored one try in their previous two matches, have lost their first three games of the season in succession.

The Cheetahs on the other hand have made a dream start winning consecutive games against the Sharks and the Blues and are on nine points tempory on the top of the SA Conference and second overall and will now await the arrival of the Bulls next weekend in Bloemfontein.

The score in the second half changed hands several times with Pietersen kicking 4/6 in the end and his Blues counterpart Ihaia West just missing one of his five attempts.

In the second half there was only one try each with the Cheetahs score being made in the 53rd minute by brilliant scrumhalf Sarel Pretorius and the Blues scored in the 63rd minute through captain Jerome Kaino.

The Cheetahs tasted first blood with a gem of a try by wing Cornal Hendricks who stepped off his right foot twice after fullback Willie le Roux joined the line and created the space.

It was 7-0 after 19 minutes after flyhalf Joe Pietersen converted but the Blues hit back just six minutes later with flank Luke Braid crashing over and with flyhalf Ihaia West successful with the conversion and it was all level at 7-7 after 25 minutes.

The Cheetahs however then suffered a big setback around the 30th minute when brilliant No 8 Willie Britz left the field with possible concussion to be replaced by Boom Prinsloo.

Hendricks scored his second in the 33rd minute after a great cross kick from Pietersen who unfortunately failed to convert to give the Cheetahs a 12-7 lead.

But the quality of the Blues showed when prop Charlie Faumaina showed great hands, despite a possible foul play incident, to score their second in the 37th and with West making no mistake it was the Blues who lead 14-12 at the break.

The last five games have been won by the homeside with the Blues not successful in the City of Roses since 2008.

It was also the occasion of Blues skipper Jerome Kaino’s 100th Super Rugby match after making his debut in 2004 against the Reds.