Boks Burger and Etzebeth back for the Stormers

The Stormers made four changes to their starting lineup on Thursday afternoon for their Super Rugby clash on Saturday against the Sharks at Newlands. 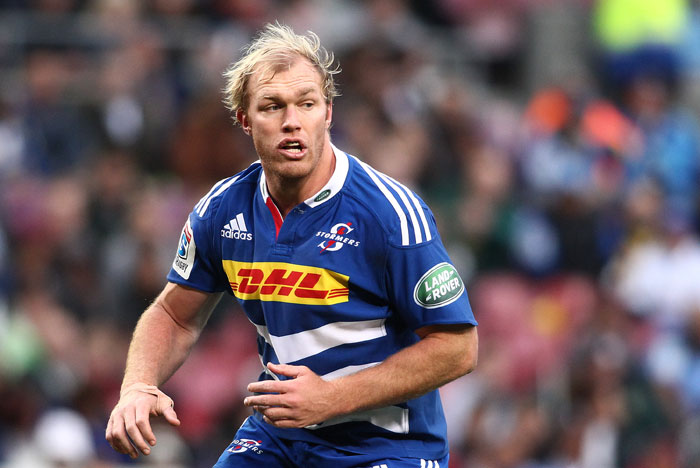 All four changes have come up front, with three necessitated by injuries and a fourth a rotational move in the hooker position.

Both locks who featured in last weekend’s 22-19 win over the Lions at Ellis Park, Jurie van Vuuren (shoulder) and Ruan Botha (concussion) have been ruled out while flanker Michael Rhodes is also unavailable due to a knee injury. But the return of Springboks in lock Eben Etzebeth in the starting lineup and flank Schalk Burger (on the bench) is a massive boost, said coach Allister Coetzee.

Etzebeth picked up a chest injury in a warm-up game before the competition started while ankle and toe injuries prevented him from playing Super Rugby last year, while Burger only returned on Tuesday after he completed his club commitments in Japan. “They (Etzebeth and Burger) are short on recent game time for us, but their presence is a big boost for us – especially in light of the injuries to Mike, Ruan and Jurie,” said Coetzee.

“First and foremost, it’s great to be back home at Newlands, where we will be for the next two weeks before our bye-week and tour,” Coetzee added. While Etzebeth replaces van Vuuren; Manual Carizza, who made his comeback against the Lions after a shoulder injury, replaces Botha and flank Siya Kolisi comes in on the blindside flank for Rhodes.

Coetzee has also decided to rotate his hookers with Scarra Ntubeni back in the starting lineup to replace Bongi Mbonambi who has been rested, with Neil Rautenbach being added to the bench. Joining them on the bench along with Burger is prop Alistair Vermaak who comes in for Oli Kebble, while lock Jean Kleyn has recovered from his hamstring injury to also take his place on the wood.

Bok prop Frans Malherbe who made his return last week against the Lions after a long-term hamstring injury as a replacement, will again start from the bench as he makes his way back to full match-fitness.