Bok Brussow back for Cheetahs

Cheetahs Super Rugby coach Naka Drotske on Tuesday afternoon named three changes to his starting line-up for the return clash against the Sharks in Bloemfontein on Saturday afternoon. 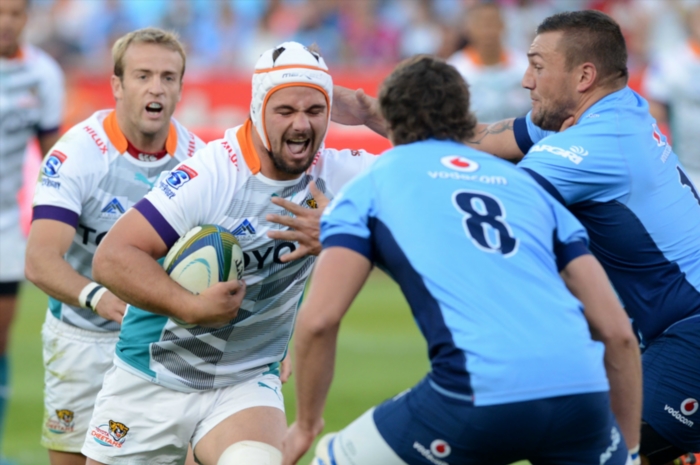 FILE PICTURE: Heinrich Brussow of the Cheetahs during the Super Rugby match between Vodacom Bulls and Toyota Cheetahs at Loftus Versfeld on May 03, 2014 in Pretoria, South Africa. (Photo by Lee Warren/Gallo Images)

The Cheetahs won the round one clash in Durban 35-29, but it would be a desperate bunch of Sharks arriving this Saturday after falling to their third defeat, being outplayed 29-13 by the Stormers in Cape Town last weekend.Drotske has recalled Springbok flank Heinrich Brussow to his bench in what will be his first action of the year but decided to rest another Bok in flank Oupa Mohoje in line with the Saru agreement to manage the top Boks in World Cup year.

In the backline centre Johann Sadie replaces Michael van der Spuy who drops out of the squad,while at scrumhalf Sarel Pretorius is back after pulling out prior to the 39-20 loss to the Bulls last weekend with a hamstring injury.In his forwards, Mohoje is replaced by Tienie Burger at No 6, while Jean Cook moves from No 8 to No 7 and Boom Prinsloo from No 6 to No 8.

On the bench,former Bulls fullback Clayton Blommetjies returns to see his first action since the round one success in Durban against the Sharks, effectively filling the vacancy left by Sadie’s promotion to the run-on team.The Sharks after their struggles at scrum-time in Cape Town last weekend are set to be boosted by the return of the two powerful Bok props Beast Mtawarira and Jannie du Plessis.

Du Plessis was given time off last weekend to be with his wife who has given birth, while Mtawarira had been injured since the opening match at home against the Free Staters.