Springbok flank Oupa Mohoje is going to face the Sharks after all. 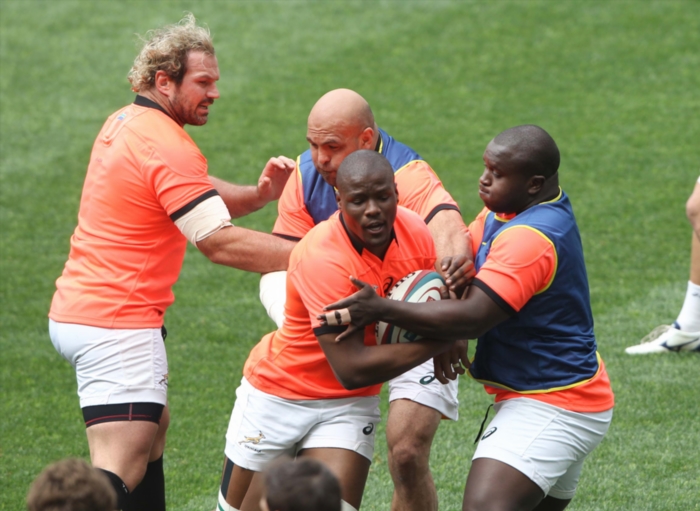 In a late shake-up to the Cheetahs side on Wednesday, Mohoje was recalled to the side after blindside flanker Tienie Burger was forced to pull out. Initially, Mohoje was going to be rested for this game in line with the agreement with Saru by the Super Rugby franchises, that the Boks won’t play more than five consecutive matches and will be managed and rested accordingly during the course of the competition.

But because No 8 Willie Britz is still recovering from a hamstring injury and will probably only be considered after the Cheetahs first tour match next weekend against the Crusaders in New Zealand, it left Cheetahs coach Naka Drotske with few options. More concerns for Drotske include the injury worries to three players before the Sharks game this Saturday.

Although they were included in the side on Tuesday, there are some concerns over centre Francois Venter (ankle), scrumhalf Sarel Pretorius (hamstring) as well as flank Boom Prinsloo and reserve flanker Heinrich Brussow. Prinsloo took a heavy knock to his eyebrow last weekend against the Bulls, while Brussow must still be medically cleared after a recent concussion.

A final decision on the four players will only be made on Thursday. Pretorius will also miss the first two tour matches against the Crusaders and the Chiefs and will only join the team for the last two games against the Brumbies and the Force.

Burger is also not touring with the Cheetahs, which will leave Drotske with only Jean Cook and Oupa Mohoje as fit loose forwards, with Prinsloo, Britz and Brussow carrying varying niggles at this stage.