Sharks too strong for Cheetahs

The Sharks have ended their losing run by comprehensively beating the Cheetahs 27-10 in Bloemfontein on Saturday night. 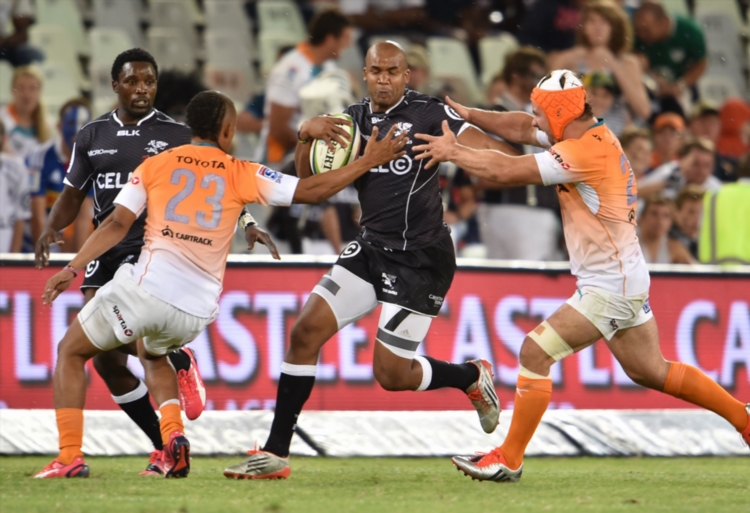 JP Pietersen of the Sharks and Heinrich Brussow of the Cheetahs during the Super Rugby match between Toyota Cheetahs and Cell C Sharks at Free State Stadium on March 14, 2015 in Bloemfontein, South Africa. (Photo by Johan Pretorius/Gallo Images)

Securing a bonus point with their fourth try by wing Jack Wilson six minutes before the end of the game the Sharks walked away with the full haul of five points to secure their second win in five starts.

For the Cheetahs however it was their second straight loss ahead of their challenging away leg starting with a game against the Crusaders next weekend.

Probably because of a second half shower, too much aimless kicking killed the game as a spectacle in the second half.

The Sharks, however, having a lead of 22-3 at halftime, didn’t bother the scorers for 34 minutes in the second half, until the final six minutes, while the Cheetahs had to wait until the 78th minute to score their only and consolation try by centre Francois Venter.

Although it didn’t look like that on the scoreboard, the Cheetahs looked an improved side in the second half after flank Heinrich Brussow was finally introduced from the bench in the 49th minute.

Brussow hasn’t lost any of his ball stealing abilities and bothered and harassed the Sharks the entire second period on the ground and slowed their ball down.

Holding a big lead at the break the Sharks appeared just that more result-driven in the first half than the lethargic Cheetahs who looked like they had one foot on the plane, leaving for their away leg on Sunday evening.

The Cheetahs were first on the board with a fifth minute penalty by flyhalf Willie du Plessis, who replaced Joe Pietersen at the eleventh hour, who injured himself just prior to the game, to take a 3-0 lead.

But then the Sharks took over build on a solid set-piece and aided by some rock-solid defence.

First centre Frans Steyn scored in the ninth minute which were followed by a brace from flank Marcell Coetzee in quick succession in the 28th and 32nd minutes, while they played with high intensity and energy.

A big concern however was when lock Pieter-Steph du Toit went down in the 36th minute which hopefully is not a recurrence of an old knee injury, to be replaced by veteran Marco Wentzel.

The Cheetahs also suffered an early setback when loosehead prop Danie Mienie had to leave the scene with an injury to be replaced by the promising but less experienced BG Uys.

Mienie did return later while Maks van Dyk replaced the in-form Coenie Oosthuizen as the Cheetahs started rotating players ahead of their trip.