Why SA Super Rugby teams have failed after a promising start

Various opinions had been offered why South African teams have failed to capture the Super Rugby title since it’s expansion from 14 to 15 teams in 2011 introducing the controversial Conference System. 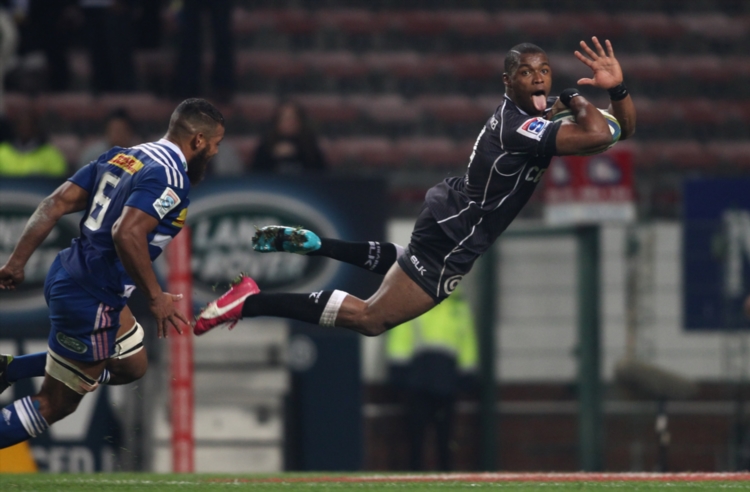 FILE PICTURE: S'bura Sithole of the Sharks dives over to score a try during the Super Rugby match between DHL Stormers and Cell C Sharks. Picture: Shaun Roy/Gallo Images.

The Bulls are to date still the only SA team to have won the title, but their last success came in 2010 when they beat the Stormers 25-17 in Soweto. The separate conference winners gets home advantage in a wild card playoff, essentially a quarter final, but the Stormers (twice) in 2011 and 2012 have failed to go any further than the semifinals followed by the Bulls in 2013 and the Sharks last year.

However, the current champions the Waratahs, the former champions the Chiefs, the Brumbies and the Stormers have emerged as the early frontrunners in 2015. Outsiders include the Highlanders, while the Crusaders non-surprisingly are picking up steam after their customary slow start.

Now it’s just about the Sharks and the Bulls making up valuable lost ground … The Bulls and the Sharks are the last SA teams to travel having only having to make their trips in May …which will define their seasons.

Let’s look at what happened:

The Stormers finished second behind eventual winners the Reds having won 12 of their 16 matches, but then lost a home semifinal 29-10 to the Crusaders. The Sharks ended sixth having won 10 from 16 but lost an away wildcard playoff to the Crusaders 36-8 – who ended up losing the tight final in Brisbane 18-13 against the impressive Reds, their first competition success.

The Bulls also won 10 games from their 16 starts but ended up three bonus-points shy of the Sharks’ 57, confining them to seventh position. The Stormers enjoyed a dream start to the competition winning their first six games in a row, but then lost four from their next 10 regular matches.

In 2012 it was an even a better year – initially – for SA teams with three ending among the top six playoff candidates. The Stormers topped the log having won 14 from their 16 matches and lost only twice.

The Bulls ended fifth and the Sharks sixth with both ending on 59 log points and both having won 10 from their 16 matches but the Bulls placed a position higher because of a better points aggregate. However the Bulls lost an away wildcard playoff 28-13 to the Crusaders while the Sharks first won an away wildcard playoff 30-17 against the Reds and then also shocked the Stormers 26-19 at Newlands in the semifinal, but then lost the final 37-6 to the Chiefs in Hamilton after three weeks of travelling caught up with them.

Many thought this would again be the year of the Bulls after finishing second on the log and securing a home semifinal for the first time since 2010, having won 12 of their 16 matches. The Cheetahs were also the surprise package of the competition having qualified for the playoffs the first time in sixth spot, winning 10 from their 16 games.

However the Bulls lost a tight semifinal 26-23 to the Brumbies with the men from Canberra scoring the winning try in the final minutes after Bulls skipper Dewald Potgieter forfeited several kicking opportunities at goal. The Cheetahs earlier came close to upsetting the Brumbies in the wildcard playoffs before going down 15-13 in Canberra, while the Chiefs won the title a second straight year by edging the Jake White-coached Brumbies 27-22 at home.

It was again a disappointing end after a promising start with the Sharks this time winning the SA Conference. The Sharks – with 11 wins from 16 matches – finished third with the other SA teams failing dismally, the Bulls ending 9th, the Stormers 11th, the Lions 12th and the Cheetahs 14th.

The Sharks new status as SA Conference winners secured them a home wild card playoff game in Durban where they won a tight game 31-27 against the Highlanders. But then they had to travel to Christchurch where they were annihilated 38-6 by the Crusaders in the semifinals, with the Waratahs persevering to win a first title 33-32 against the Crusaders in front of a packed Sydney home ground.

It was again a good start to 2015 by the Stormers, while the Bulls and the Sharks have made an inconsistent and definitely wobbly start. Will it once more proven to be an unsuccessful Super Rugby campaign, with perennial strugglers the Cheetahs and the Lions expected to end close to the bottom?