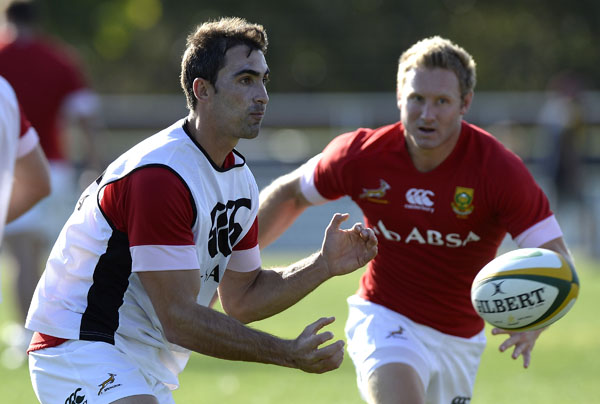 Van Graan said even though the Aussies have lost their last three Tests, the Boks are in for a real humdinger in the Rugby Championship in Brisbane on Saturday.

“I think the Wallabies have always been a quality side with a great forward pack. Just look at the Brumbies and see how well they have done in Super Rugby,” said Van Graan.

And even though the Wallabies lost the last Test against the British and Irish Lions hands down, Van Graan doesn’t agree the margins were that big.

“I don’t think they were ever completely outplayed,” he said. “If it wasn’t for one or two kicks, it could have been a different story, while the two Tests against the All Blacks were well contested.”

Bok hooker Bismarck du Plessis, who is in line to return to the starting line-up today, said they team had worked very hard at their breakdowns under Scottish consultant Richie Gray.

“Richie is very passionate about this area of the game. You only have work for half an hour with him to realise that,” said Du Plessis.

“While there are only a few scrums and lineouts in a game, there are about 120-180 breakdowns and it’s all about creating pressure on the opposition.”

“Richie has worked hard at getting us better and getting us lower,” he said. “The day you don’t want to improve is the day that you should stop playing rugby.

“But our last test against Argentina was two weeks ago and we have move past that.”

Lock Eben Etzebeth is suffering from a stomach bug and is doubtful for Saturday’s Test.