Western Province will go into their vital Absa Currie Cup clash with the Blue Bulls at Loftus on Saturday with a new captain in lock De Kock Steenkamp. 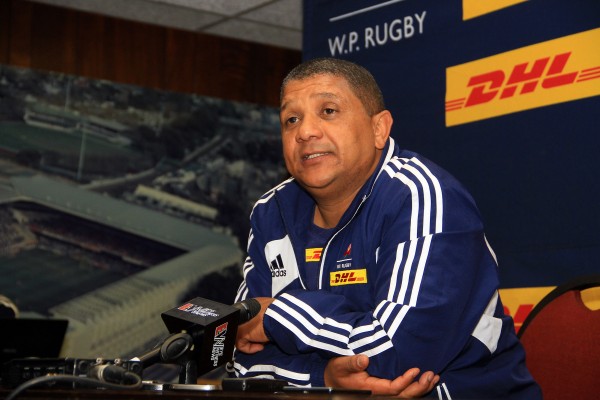 The unbeaten Currie Cup log-leaders were dealt a heavy blow yesterday when captain Deon Fourie was ruled out of the game with a rib injury, before he cleared of a foul play charge in the match against the Sharks.

“We have a winning culture and I’m pleased with that. Whether we get the bonus point or not, there’s a belief to never give up,” Coetzee said.

Lock Michael Rhodes moves to the blindside flank, while Rynhardt Elstadt takes over the openside position from workhorse Fourie, with specialist fetcher Rohan Kitshoff added on the bench as back-up.

“I’m pleased with where we are after the first round. We had two draws and three wins but this competition is far from over.

“It’s so close, so we have to make sure we put the foot on the accelerator in the second half (of the season).”

Fuzani, 22, played six matches for Province during the Vodacom Cup after coming to prominence for the University of the Western Cape in the Varsity Shield, having come up through WP’s Club Rugby Identification Programme.

With hooker Tiaan Liebenberg still on the sidelines with back spasms, Scarra Ntubeni, who impressed against the Sharks, will continue as first-choice hooker.