When any team head for Loftus they have no alternative but to pack physicality along with their other belongings. 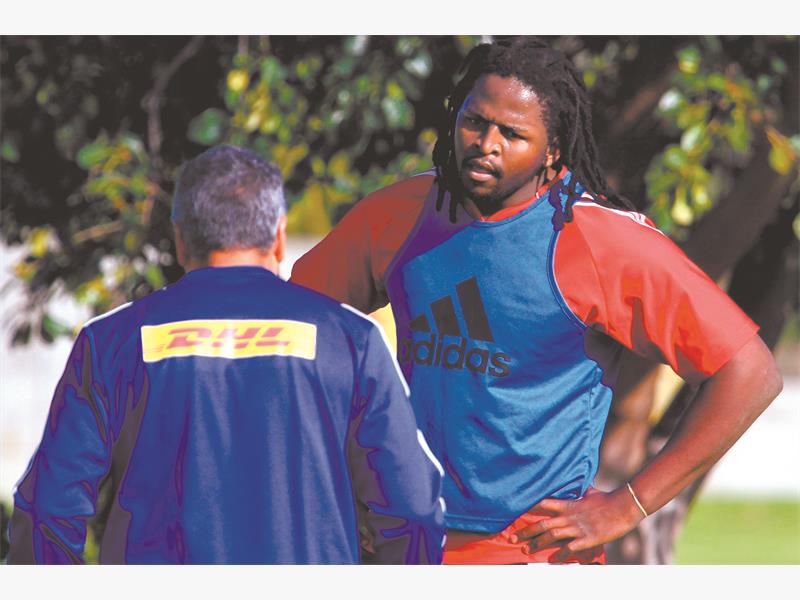 Ahead of the big Currie Cup clash at Loftus tomorrow where north meets south again, Province coach Allister Coetzee said that is exactly why he picked new lock Mthetheleli “Tazz” Fuzani, above.

“We know what the Bulls will bring, nothing other than physicality, and Tazz is there to give us momentum, to stop momentum and to work hard in the set-piece. I’m looking forward to seeing him do that,” said Coetzee.

Province are indeed heading to Loftus with a monstrous pack which includes the big frames of Rynhardt Elstadt and Michael Rhodes on the flanks, both who have had their fair share of time at lock.

“But, that said, it’s not just about Tazz – it’s about the whole pack. If he understands where he fits in, we’ll be pleased with that. He might not go the entire 80 minutes, but the challenge is always off the bench, too, to match the Bulls and we need to use our fresh legs to combat them.”

And Fuzani, could be the ideal No 4 with his abrasive style to fit the Province’s approach to the position. At 1.97m and 116kg he could ask some telling questions of Paul Willemse, his big opposite number.

“It’s a big challenge for the young man, but it’s a challenge that he’s looking forward to. He’s got a role to play, he’s a good rugby player and he brings a lot of physicality to the team – it’s the reason he’s been selected.”