Sharks captain Jacques Botes admitted being "very relieved" to come away from Kimberley at the weekend by the most narrow of margins. 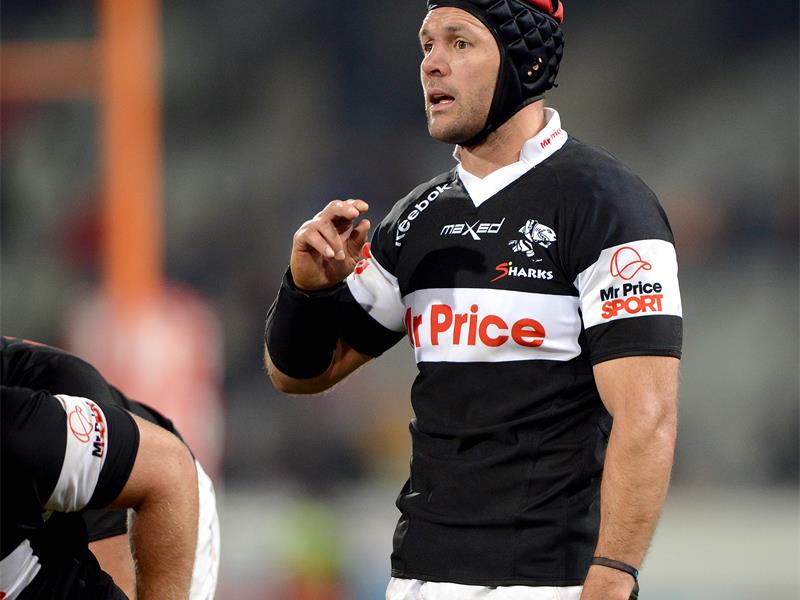 After trailing for the greater part of the game, the Sharks scored a late try through prop Wiehan Herbst to pull off the narrow 25-24 Currie Cup win against Griquas. “Our discipline wasn’t great, but I think our scrums improved, though the lineouts were iffy,” said Botes, who bettered Helgard Muller’s Currie Cup record of 142 appearances.

“I’m happy with the win though – and we’ll take the four points. A game like this can only propel you forward,” said Botes of the win which moved them to second on the log, just one point behind Western Province.

The injury of Griquas fullback PJ Vermeulen in the 11th minute, who appeared to have fractured his ankle, forced a lengthy delay before wing Sizo Maseko scored the first try after the resumption for an early 12-11 lead.

The big moment, however, was Herbst’s try which came in the 75th minute just after Griquas captain Ryno Barnes was yellow-carded for repeated offences on the ground.

For Griquas tries were scored by flank Marnus Schoeman three minutes before halftime, and the other eight minutes after the break by loose trio partner Burger Schoeman.

But the Peacock Blues, who led 17-11 at the break and 24-14 after their second try, allowed another big one to get away and have now lost their last five games in succession.

Griquas flyhalf Francois Brummer kept the home team in the hunt by missing just two of his se-ven attempts, but for the Sharks, five attempts from 10 at goal were missed, with Butch James missing one and Fred Zeilinga four.

Griquas led from the 37th minute until the 75th minute, but the Sharks will rue the numerous knock-ons from players like Charl McLeod, Zeilinga and Cobus Rei-nach, which halted their momentum.