The Lions targeted the Blue Bulls' suspect defence out wide, revealed coach Johan Ackermann after thumping the men in blue at Ellis Park on Saturday. 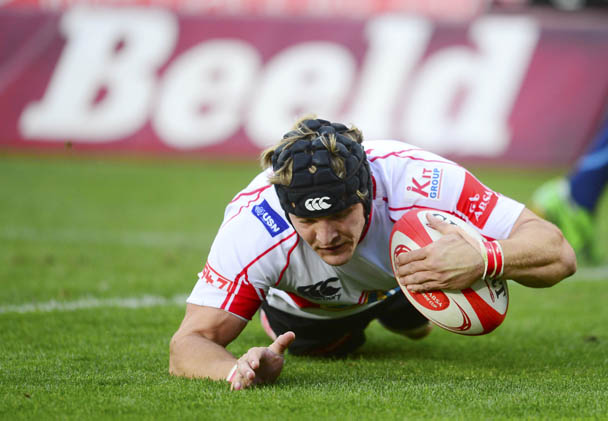 The Lions’ emphatic 35-26 Currie Cup was much more compelling in front of 16 158 spectators than the final scoreline suggests.

“We always wanted to play an open game and take the ball wide often as we though the Bulls might be vulnerable there,” said Ackermann.

“We should however have scored more when they got those two cards, so I had some mixed feelings at halftime,” he said of the slender 13-7 halftime lead.

After running up a 13-0 lead in the first quarter the Lions however allowed themselves to be pinned down, despite dominating all facets of the play.

“I think when we got those two quick tries we became too individualistic when the space was not there and it’s another lesson we learned,” Ackermann said.

Despite their thumping defeat Blue Bulls coach Pine Pienaar doesn’t agree it’s the end of their charge – yet.

The Bulls are trailing the fourth-placed Cheetahs by five log points and Pienaar said nobody should write his charges off to still sneak into the play-offs.

“We have three games left and it could still come down to the final game in Bloemfontein against the Cheetahs,” said Pienaar. “I think our line speed was very slow against a quality side like the Lions which saw us conceding a few tries,”

But the final scoreline of 35-26 in the Lions favour flatters the Bulls as they were trailing 35-14 with eight minutes left before a late flurry secured them at least a four-try bonus point.