Three players in doubt for Boks

Three Springboks have been placed on the doubtful list for the Rugby Championship Test against the Wallabies this weekend at Newlands in Cape Town. 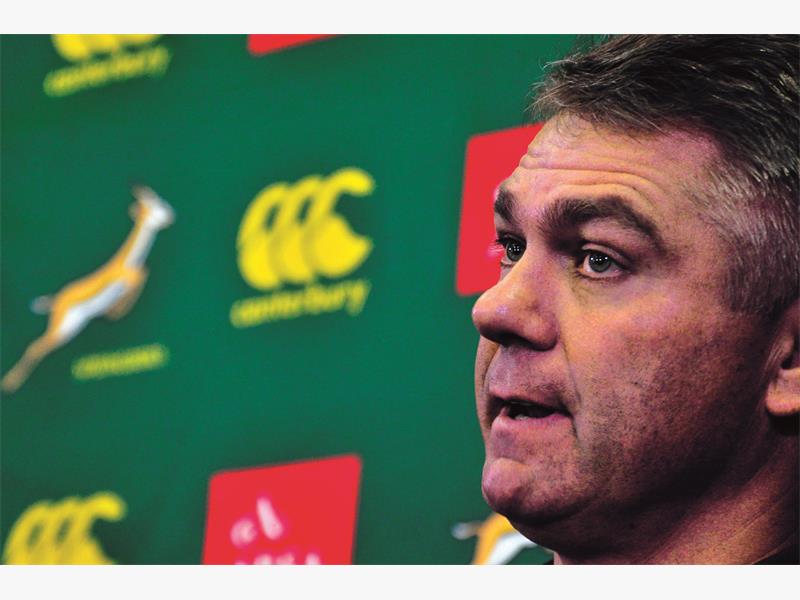 The Boks, who enjoyed last weekend off after their controversial 29-15 defeat to the All Blacks in Auckland the previous Saturday, resumed training yesterday at the Bellville High Performance Centre.

Van der Merwe had to sit out the entire session, Steenkamp and Engelbrecht at least took part in some of the excercises.

Team doctor Craig Roberts said while none of these injuries were too serious, the players will be carefully managed in the coming days ahead of this match-win Test for the Boks.

“Gurthro and JJ trained with the squad yesterday morning, although they did not do the entire session,” said Roberts.

“Flip didn’t train on Monday, but he’s already improved a lot since the match in Auckland and we’ll give him all the time he needs to fully recover.”

Centres Jan Serfontein and Juan de Jongh could fill in for Engelbrecht in the worst-case scenario, while Juandre Kruger and Pieter-Steph du Toit are the candidates in Van der Merwe’s case.

Steenkamp, who is line to be named on the bench again along with fellow-prop Coenie Oosthuizen, could be replaced by Lourens Adriaanse, who has yet to get his big chance despite travelling with the squad on their away leg.

The team to face Australia will be named tomorrow.