Meyer’s advice does the trick

Ten years ago, Heyneke Meyer told Springbok flyhalf Morne Steyn what he had to do to make it big in rugby. 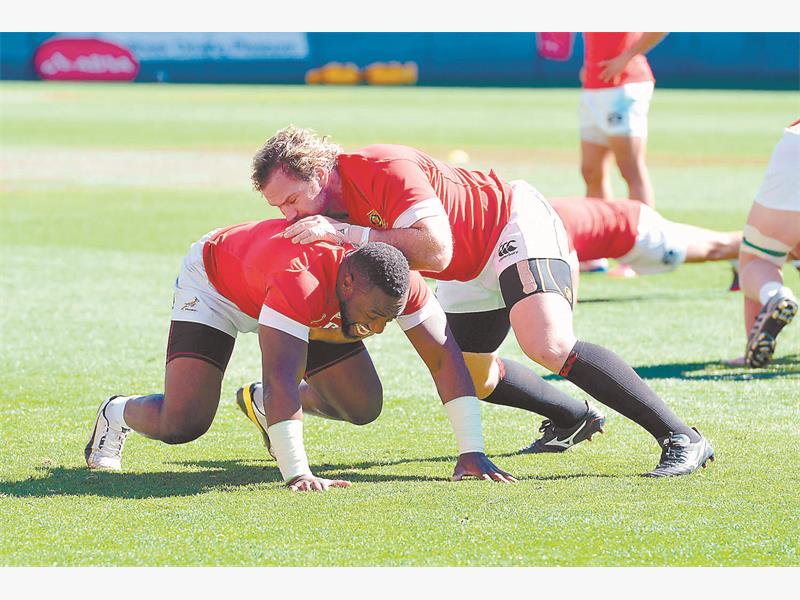 Today, Meyer is Bok coach and tomorrow, Steyn will feature against Australia at Newlands in his 50th Test, and just two points short of the magical 600-mark in internationals.

“In 2003 at the Bulls, Heyneke told me if I want to make it to the higher level one day, I would have to work on my kicking game,” recalled Steyn this week.

Meyer said Steyn didn’t even kick at high school and while the coach believed he was “not the most talented”, his work ethic and dedication to improvement had brought him to where he was.

“I still remember 2009 when I put the jersey on for the first time thinking hopefully I’d be able to put it on again,” Steyn said.

“That second Test at Loftus against the British and Irish Lions (his debut) still stands out as a huge highlight, and the All Black Test (in Durban where he scored all 31 points) is also a good memory,” said Steyn.

This weekend, he is united with his long-time half-back partner at the Boks and Bulls Fourie du Preez for the first time since 2011.

“It’s great to have Fourie back. Ruan Pienaar and Jano Vermaak have also been great. “Fourie just brings something else with how he reads the game,” said Steyn. “But we know the Aussies will be a different side and we will have to play well.”

Steyn also paid respect to centre Christian Leali’ifano, who is unfortunately on the wrong end of recent results. “I still remember how he nailed us (the Bulls) in Canberra (against the Brumbies). He is a great player,” said Steyn.

Rugby World Cup just two years away, but focus is on the now — Am
9 hours ago
9 hours ago

Time away from rugby was 'needed', says Am about refreshed Boks
13 hours ago
13 hours ago

Rugby World Cup just two years away, but focus is on the now — Am
9 hours ago
9 hours ago

Time away from rugby was 'needed', says Am about refreshed Boks
13 hours ago
13 hours ago