With so much riding on the Newlands result this afternoon, the Springboks are gearing themselves up for a massive Australian onslaught. 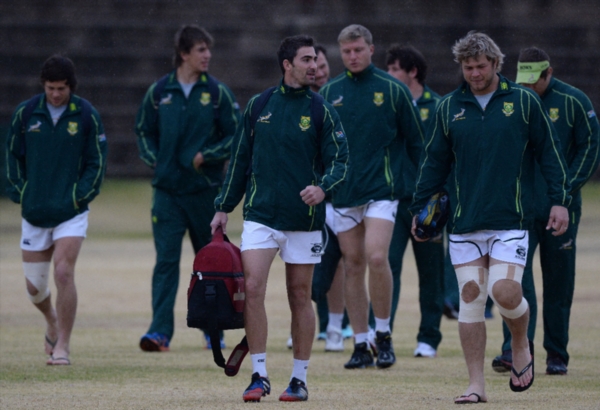 While the Boks need to score four tries today to take the challenge to the All Blacks next week, captain Jean de Villiers warned yesterday against looking past this weekend.

“Without a good result against the Wallabies, there simply won’t be a next week,” said De Villiers, who will play in his 92nd Test and will captain the team for the 20th consecutive time.

“But we are not looking at the All Blacks yet. We need to be good on the day against a very good Australian side,” he warned. While the Boks are four log points behind the All Blacks, a lot of emphasis has been placed on the bonus point, but the expected windy and rainy conditions could complicate matters.

“It’s going to be a tough Test and we expect anything and everything from the Aussies and have prepared accordingly,” said De Villiers. “It will be all about enforcing our own game plan.

“Australia will come out firing after the previous result in Brisbane. It will be all about how we execute on the day.”

And while the big Bok ball-carriers like Duane Vermeulen, Willem Alberts and Eben Etzebeth could again play a major role, it was the return of scrumhalf Du Preez that dominated the headlines.

“Fourie helps a lot with captaincy,” said the Bok skipper. “He takes a lot on himself and as one of the older guys, he picked the right time to come back.”

With today being the 50th Test match in history on the Newlands pitch, it will run concurrently with the 50th Test for flyhalf Morne Steyn and prop Jannie du Plessis.