Nothing would be greater for Wallaby flyhalf Quade Cooper than experiencing that winning feeling at Newlands this afternoon – breaking a 21-year drought. 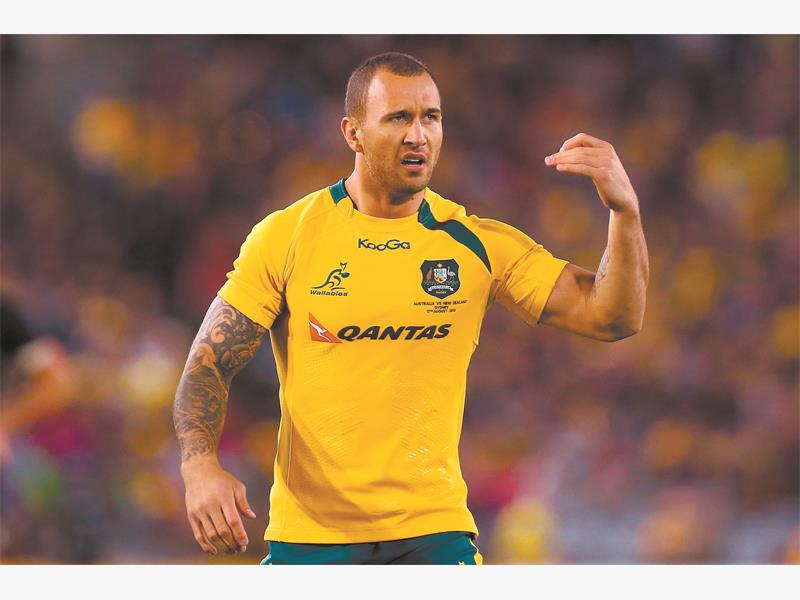 Cooper has been the centre of much controversy after being overlooked by Robbie Deans, but is now full of energy and ready to resurrect his career under new coach Ewen McKenzie.

“We expect it to be very tough at Newlands and we expect them to be supporting the Springboks, but we also know they support good rugby as well,” said Cooper.

“But I must say, I like the stadium and it would be nice to win here.”

There have been more than a few raised eyebrows over McKenzie’s decision to prefer Nic White at scrumhalf ahead of the brilliant Will Genia, but Cooper said it was premature to draw comparisons.

“I have only played one game with Nic, while I’ve played quite a few with Will,” he said. “Against Argentina we didn’t get a lot of opportunities, but hopefully this weekend we will.”

His team-mate, wing Adam Ashley-Cooper, has been part of the Wallaby set-up since 2005, but it will be the first time in a while that he does not patrol the midfield.

But, says Ashley-Cooper, they have to stand up to the home team as a unit. “Fourie du Preez is a world-class player, the Boks backline have been performing well, and they have excellent ball-carriers,” he said.

“It’s been a while since I last played on the wing, but I have been playing against Bryan Habana for seven years,” he pointed out.

“It’s always a big challenge playing at Newlands, especially playing against the Boks,” he admitted. But he believed the Wallabies have pulled together after all the turmoil this year, going back to the third British and Irish Lions Test.

“Any player wants to make an impact on the game and make a valuable contribution to the match, so we are all hoping to be performing well,” he said.