Springbok captain Jean de Villiers has urged all South Africans not to dwell on their failure to get the vital bonus point against Australia on Saturday – but rather acknowledge the massive achievement by the national side. 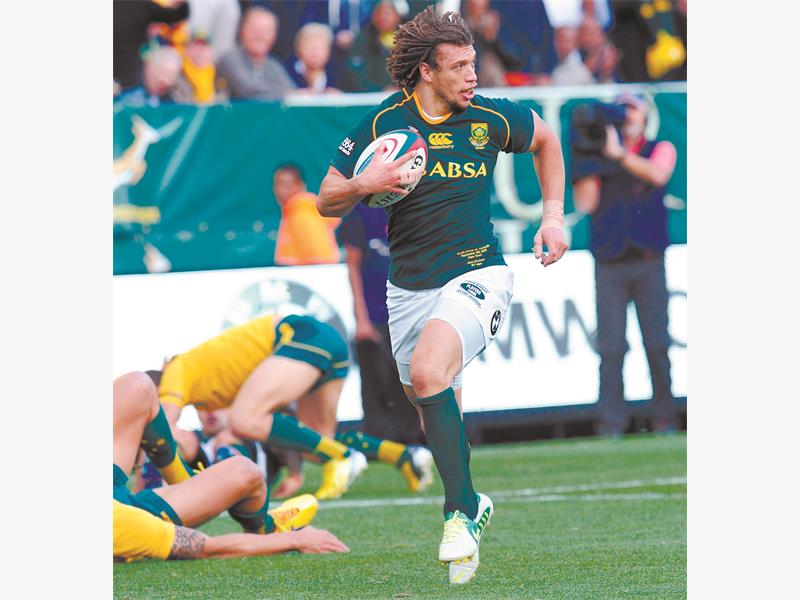 The Boks scored their biggest ever-win at Newlands against Australia, but in falling a try short of grabbing the bonus point, it will mean they face a near impossible task to wrestle the Rugby Championship trophy away from the All Blacks.

A crowd of 46 052 watched the spectacle, a near sell-out in chilly and windy conditions.

“We wanted to win the game first and then build confidence and we got that with our 20-point lead,” said De Villiers.

“We were then left with 40 minutes to get the remaining two tries and while we were still not happy with areas of our game, we are still in the competition which is a great thing,” he said.

Flyhalf Morne Steyn kicked five from six, adding 13 points to increase his Test tally to 611, while Ruan Pienaar was the only replacement not to be used.

After two early tries by sensational hooker Adriaan Strauss and fullback Zane Kirchner, the Boks fell into a trap of being too one-dimensional and not being patient enough.

“We have won four from five games and next up we face the No 1 team in the world at a sell-out Ellis Park, what more can you ask for?” was De Villiers’ counter reaction.

Bok coach Heyneke Meyer, who admitted he was not happy with the discipline resulting in yellow cards for lock Flip van der Merwe and No 8 Duane Vermeulen, said it’s important to remain calm.

“To beat the Wallabies by 20 points and still not being happy is a sign of a great side,” said Meyer.

“I must say that I was worried before the time about this game but the fact is that you don’t score a lot of tries at Newlands and in this conditions,” he said.